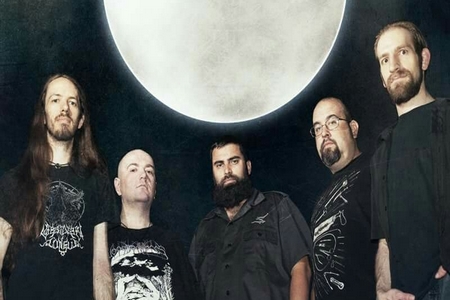 Maybe it’s the combination of the four seasons and a blue collar, hard-working mentality, but there is certainly a plethora of notable metal bands for the taking in New England no matter if your passion is extreme, atmospheric, symphonic, power, thrash, doom, death, or a twist on multiple sub-genres. Together since 1999, Boston, MA band Dreaded Silence have quietly assembled a number of interesting releases – electric and acoustic – that showcase a melancholic progressive doom sound with gothic leanings of a decidedly overseas influence persuasion.

Their latest album The Last Vestige of Hope delivers brain to body full-on engagement – the duality between positive and negative, light and darkness, serenity and heaviness from song to song. Names like Sentenced, Katatonia, Opeth, and Porcupine Tree get bandied about for certain – although there are outside alternative elements that seep in to give off more of a North American approach. Feeling it more than necessary to reach out for an interview, prepare to learn more about the band’s evolution, favorite records, views on the local scene as well as what the future holds as four of the five members (vocalist Ken Gillis, guitarist Scott Green, bassist Dana Chisholm, and drummer Chris Helme) answered my queries.

Dead Rhetoric: The band started in late 1999 – how has the band lineup and sound evolved into the melodic, progressive doom metal style that you currently play today?

Scott: I think it’s a combination of expanded influences, better musicianship, refined songwriting, and more confidence in ourselves as well as each other.

Ken: We’ve come a long way since we first started. We’ve stuck with a lot of the same influences but we’ve gotten better at channeling them and writing cohesive songs. Part of that came from getting the right lineup together and developing our chemistry further.

Dana: I only came into the band in 2005. Prior to that Ken played bass. I can’t speak for him, but I think it freed him up quite a bit to focus on his vocals and lyrics a little more.

Chris: I’m a lot later to the game with DS than Dana, with only a few years under my belt, but I’ve known these guys for years. To me, from a fan standpoint first, they’ve evolved their sound so that it flows really well. Fewer notes and slower tempos, but more complex and diverse songs. After I came into the fold, I felt like I shouldn’t ever overplay, because the songs breathe as is. I love playing fast and squeezing in a billion notes, but couldn’t do that here, because the material would be muddied by it. This is their sound, and the formula works well.

Dead Rhetoric: The Last Vestige of Hope is the latest Dreaded Silence full-length. Tell us about the songwriting and recording sessions – what challenges, obstacles, and surprises turned out from this effort?

Scott: The songwriting process was very thorough. We demoed the entire album with programmed drums in order to refine our parts as well as add melodies, vocal harmonies and the like. For a year or so before we started recording, we concentrated fully on playing the new material live, which enabled Chris to work on his parts and making it all fit together.

The recording process itself took far longer than we had hoped, due in part to Ken and myself dealing with health issues as well as life being overwhelming. Adulting makes things a lot more difficult. However, I think the recording process also helped us grow as musicians, which enabled us to try some new things and further improve the songs. I know I changed parts I had set in stone for quite a while, and I was able to improve everything I had doubts about going in.

Ken: Creating the songs was a lot more fun than recording them. Life got in the way and there were a lot of setbacks and delays but it was satisfying when everything fell into place and we had finally finished.

Dana: It was a pretty strenuous process I think. Drums were done very quickly but everything else took a long time. Mike writes a lot of challenging riffs, so we were all pushing ourselves really hard when it came to tracking. There were also a lot of guitar overdubs, parts that won’t get played live, that got added on, changed, removed and redone. Life also got in the way here and there. We all have our lives outside the band, and we don’t exactly have scheduled that line up nicely, so just getting together was a struggle.

Chris: For me the writing process was the most thorough, tracks were already mapped out digitally before I approached the material, so I wrote notes and focused on tightening up the songs as best I could. Recording was a breeze, I had everything ready in advance thanks to tons of rehearsal of the material both live and in the studio. I felt like I got off pretty easy in the studio, it was quick and painless for the most part, but the record evolved so much that these guys had an uphill struggle throughout the process. Feels like I got off light, while they hauled a much heavier load than I had to.

Dead Rhetoric: Is it safe to say that even though you are a US band, a lot of your influences and inspirations come from European bands and musicians? What aspects of their sound speak to you more so than a lot of domestic metal – do you think it’s a combination of upbringing, training, and environment?

Scott: We’re definitely influenced greatly by European bands, and I agree that it shows. A friend of ours described us as “four depressed weirdos and a drummer,” and the bleak atmosphere of Scandinavian metal as well as the emotionally charged vibe of some European prog bands really speaks to us. We’re all into a variety of music, and while we all dig thrash, death, etc., this is what comes naturally to us.

Ken: European bands like Sentenced and Katatonia are some of our major influences and we’ve always gravitated toward the melodic aspects and introspective nature of those bands. We also have a lot of influences and favorite bands people wouldn’t expect and aren’t at the forefront of our sound.

Dana: I would say that the most obvious influences in our music come from European bands, like those mentioned above, as well as Dan Swano’s projects, but that’s not to say there aren’t North American Bands that were influential for us. Rush is a huge one, Death, etc.

Chris: The description of “four depressed weirdos and a drummer” bums me out, just so you know, haha. I find that with DS, while I draw some influence from Euro metal like Opeth for some of the heavier moments, I also felt a lot of prog in my playing. Yes, King Crimson and Rush really influenced a lot of what I played on this record.

Dead Rhetoric: Who came up with the album art and how do you feel the visual aspects correlate to the overall themes touched on lyrically?

Scott: Ken handled both the lyrics as well as artwork, and because of that the synergy between the two is undeniable. I think he knocked both out of the park, and we’re really lucky to have someone as talented as him.

Ken: I developed the artwork and wrote the lyrics, so they have a strong connection. Going beyond the album cover, there’s expanded artwork for each song. Some pieces are stronger than others, and certain songs were more difficult to bring to life visually than others, but I enjoyed the challenge and the process. While not exactly a concept album, there are themes that loosely tie the songs together and that same continuity is found in the art.

Chris: I was lucky enough to NOT view any of the artwork until the release was official, so it hit me pretty hard when I saw it. Sadly beautiful, and a perfect complement to the lyrics. They inspire pretty strong feelings, and the strength of the music married to these visual and lyrical themes only serves to make the record whole. Each part brings out the best in every other. That’s the artsy answer, but on a base level I feel that the art and lyrics kick ass. 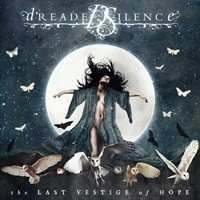