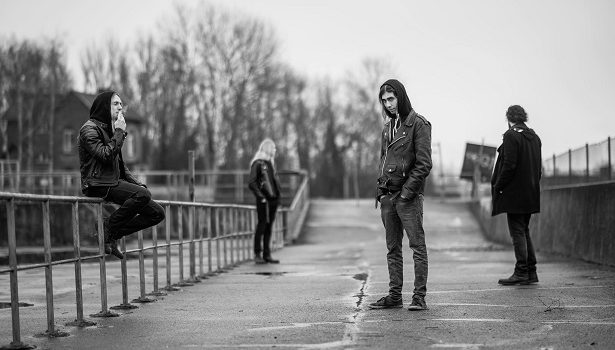 Believe us, there is no shortage of atmospheric black metal bands huddling around the smoldering fire that is their music of choice. It’s like everyone is running the same race, but no one is able to pull ahead, which is the sort of thing that happens when a musical style gets lapped up by underground denizens. There are, of course, a few sparkling glimmers of hope, like Belgium’s Drawn into Descent. Originally formed in 2013, the band released their self-titled debut in 2015, which essentially got the band’s foot in the black metal door. Their new The Endless Endeavour, though, will kick it in, or, smash it open with a battle ax. Now caught (willingly) between the worlds of black metal, post-rock and everything atmospheric in between, Drawn into Descent have whipped up five captivating jaunts of adventurous BM that rely on melody and depth, all with the proverbial depressive bent to top things off. Here to chat about one of the first half of the year’s best album’s is lead guitarist J and drummer V:

Dead Rhetoric: How did the band originally come together in 2013?

J: Well, it originally started with V. (my brother), B., and myself. V and B had a previous BM project which had ended at the time. I haven’t had any projects until then myself. I guess we were all aching to get active musically, so after talking about it for a while, we eventually started jamming on a weekly basis. I had written two instrumental songs in the months before (“Elude” and “The Realm of Unbecoming”), which was the first material we started jamming. Since the songs back then didn’t have a title or even lyrics, V. decided to help out and wrote a lyric for each of the songs. We were surprised and were really happy with his contribution. He has written every lyric since. After a couple of “jam sessions,” we were able to fit the lyrics to the music. B. had an unconventional taste for cues, which was something that we were very happy with. Once the songs started to take shape in a live setting, it became obvious that we were missing a bassist. Which made us contact G. I had shared some musical projects with him in the past and he was more than willing to join us. After the first rehearsal together, we knew that he was the perfect addition to our line-up and proved to be at the same level as the rest of the band. This all took place over a couple of months in 2013. We have been friends for ages so it grew very naturally.

Dead Rhetoric: Was it evident early on that you would be a playing some form of black metal? If so, why?

J: Black metal yes, although it became clear very quickly that it was going to be a mix of some different things. V and B already had a history with a BM project, while myself and G were more doom/post-rock oriented. Especially the post-rock had (and still has) a big impact on the sound I want to achieve with the lead-guitars. B.’s BM influence in the vocals is pretty hard to hide, although these two aspects did decide that it was going to be something atmospheric. The drum and bass influences are a little less obvious, but they are definitely there!

Dead Rhetoric: Which black metal bands did you use as a guide for Drawn into Descent?

J: Since all of us has some different role-models, different bands come to mind. To name a few, Agalloch, Woods of Desolation, Forgotten Tomb, God is an Astronaut, Long Distance Calling, Amesoeurs, Sterbend, Nyktalgia, …

Dead Rhetoric: You released your self-titled album in 2015. Were there any expectations behind its release?

J: We definitely wanted to be very serious about it. And with our beginner’s lack of experience, we gave it the best we could. We had hoped to where it could bring us, but no real expectations. Our debut got signed with Immortal Frost Productions, which got us where we hoped to be. We hoped that our first album would introduce us to the local black metal scene, which it did. Following our debut, we got to play some very interesting shows, a mini-tour in Italy and even a 16-concert European tour. We just went with the flow and took the chances we got offered.

Dead Rhetoric: How did you end up signing with Avantgarde?

J: Since it took us four years to release the new album, we got a lot more experience compared to the previous release. Our previous label had treated us well, but even still we felt like a change was in order. We came in contact with Avantgarde through our friends in Enisum. After listening to the new studio tracks, they showed interest and offered to collaborate. Now we’re a couple of months later and the album has been released beautifully. Avantgarde has given this release a lot of freedom artwork-wise. We couldn’t have been happier.

Dead Rhetoric: The Endless Endeavour is more of a “melting pot” album than the debut. What made you want to channel all sorts of different styles?

J: Well, first of all, it took us three-and-a-half years to release the follow-up to our debut. This inevitably causes more variation in styles since such a long time passes between the songs being written. It’s not like we listen exclusively to black metal, we all have periods of different musical tastes. So depending on when the songs were written, the song will have more influences on a specific subgenre. For example, in “Death…” there’s hardly any black metal left, post-rock has completely taken over while “Dystopia” is the opposite. I feel that this gives each song its own personality and that’s something I like about this album.

Dead Rhetoric: The song “Wither” is particularly impactful, especially the guitar melodies. What’s the story behind its creation?

J: We wanted to create a song that worked towards an epic climax both in music as in the lyrics. It took us a pretty long time before we were able to fit both parts (first and second half) of the song together naturally. So, the song itself instrumentally grew to us before it was even finished. V. wrote the lyrics to the song while listening to an instrumental recording of it, but we already knew that it wasn’t going to need a lot of text. It is a short lyric concentrated in some specific parts, we let the instrumental parts speak for themselves. And to keep some mystery to it, we’ll leave it at that/ This is definitely my personal favorite of the album!

Dead Rhetoric: Is there any kind of lyrical themes running throughout the album?

V: The lyrics were written over a four-year period, and mostly deal with life, death, and the attempted escape from both. They are linked to one another in a certain way, as they were all written within a similar state of mind. Making up together, a part of a story which is pretty much left untold.

Dead Rhetoric: Finally, what’s on your agenda for 2019?

J: There’s the tour with Enisum that starts at the end of April. It’s a ten-day tour through Europe which we are eagerly looking forward to. For the moment we do not have much activity planned for the rest of 2019. We might do something by the end of the year. But we’ll see what 2019 brings us and focus on writing new material in the first place. We aren’t planning on taking another three-and-a-half years for the next release! 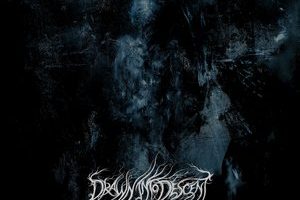