DragonForce – Breaking Their Own Rules 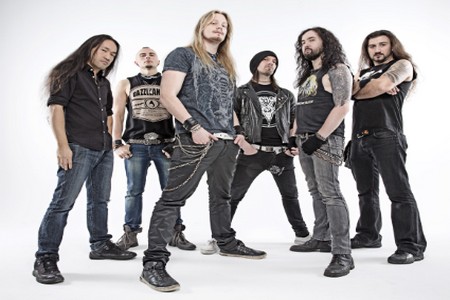 Li: We don’t want to think about that. We have basically broken all the rules we used to set for ourselves. We said we would never do a cover, we would never work with another producer, and we also said that we would never play a mid-tempo song, which we did on the last album.

Totman: The fact that we kept those rules for so long meant that by doing a cover now, it’s kind of original for us and kind of interesting because we haven’t done it before. So it was worth putting all those silly rules in for ourselves.

Dead Rhetoric: You teamed up with Matt Heafy from Trivium, where did that stem from?

Li: We’ve known the guys from Trivium for a few years now. We toured together and Matt is a cool guy. So when we had the songs in a state where we could tell what else we needed, we thought a few songs needed some different backing vocals. We decided to ask Matt because he could do death metal, black metal, and add his own voice to it. We sent it to him and he gave us loads of stuff back, and it turned out really cool.

Dead Rhetoric: The title and cover relate to the amount of information we are getting everyday through technology. At what point do you think we have gone too far with the influx of technology into our daily lives?

Li: There are actually two meanings to the album title. Maximum Overload also talks about the music of the album. It’s the over-the-top, DragonForce style we always have with those kind of titles like Ultra Beatdown, Sonic Firestorm, and Inhuman Rampage. The cover talks about how there’s so much useless information that people can’t control or know what they should be taking in. This excess of information has diluted a lot of the arts because people don’t have the time to appreciate things and there’s too much distraction. If you want to play the guitar and spend the time to practice, there’s so many things that can distract you from doing that. In a way, it stops a lot of people from being dedicated and being good at something.

Totman: Even with records, I used to get an album and just sit there and listen to it. Now, people get an album and you are doing something else at the same time or looking at the computer, and it’s just getting a bit silly.

Dead Rhetoric: I agree completely, when I hear something I just want to soak it in for a little bit first.

Li: For this kind of music, it’s not like pop music when you can ‘get it’ pretty quickly because its simple and catchy. With metal, there’s a lot of details and information. How can you really judge it by just listening to it once or twice? The good bands anyways.

Dead Rhetoric: You broke all your rules for this album, are there any other ways that you feel that Maximum Overload differs from your previous material?

Li: There’s more diversity in it. With songs like “Symphony of the Night,” there’s a different approach there. We don’t usually have too much neo-classical stuff. I think in order for us to evolve after all these albums, we have to have no rules. The rules are not to have any rules after a while.

Dead Rhetoric: Thinking back, if you hadn’t contributed to Guitar Hero, do you think anything would have went differently for the band?

Totman: It’s cool that we sold a bunch more records based on it. But some people may have been put off by it. Especially in metal, when there is something you like and you are think ‘this is my band’ and it gets too popular you say, ‘oh I don’t like it anymore.’ It’s human nature that you want something to be special and yours. When something further into the mainstream, for example, you’ve got a metal guy who sees his five year old sister playing that song. That does kind of put people off. So it did some good, did some bad. But the main point is that it was a bit unfair to label us as the ‘Guitar Hero’ band, when everyone else was on it. Metallica even had their own game.

Li: Before the song was out on the game, we did the main stage of Ozzfest and we did sold out headlining tours. So it’s really for people who need an excuse to call us shit. I’m happy to talk about it; it’s my turn to give them crap now. It’s a double-edged sword. We became a household name and a lot of people got to hear us and became real fans. Of course there were people that only listened to one song for the novelty of it and then moved on to rap or something. Thanks to them for giving us money for one album. At the end of the day, we don’t write music for anyone else and we didn’t change style based on a trend. DragonForce is not a trendy band; no one goes to DragonForce shows because they want to be seen.

Dead Rhetoric: So you’ll be touring in Europe once the album comes out, will you be coming over to the US at some point?

Li: Yes, the reason we started in Europe is because for the last two albums we started touring in the US. All of the fans in Europe were asking us why we always start in the United States. So we can’t piss the people off here too so that’s the focus now. We are working on a US tour now though. Hopefully soon! 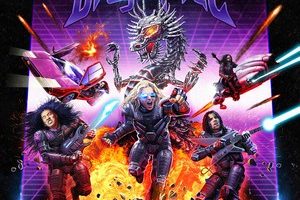 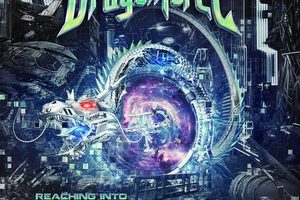 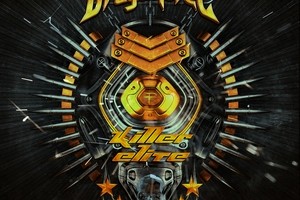