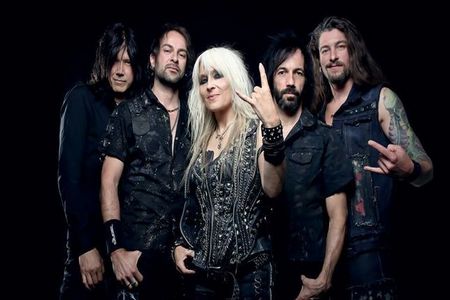 Dead Rhetoric: You mentioned earlier that you are playing new songs. Do you have a new album coming in the near future?

Pesch: Yes, in fact once we finish the DVD. It’s going to be a big package like two DVDs and one live record. We want to put on all the special guests and the great concerts we did all over the world. Wacken was actually the start of the 30th anniversary celebration. We want to put it out probably in autumn. We are working on a new record as we speak. I think there are some great songs in the making and we are probably going into the studio later this year. Maybe next year the new record will come out. I think Raise Your Fist came out so good, I definitely want to first get great songs. Sometimes good things take time. There are a couple of killer tunes already so I think I’ve got some songs where I think, yeah this one could be a hit. But we have many more to write!

Dead Rhetoric: Once you have a really extensive discography like yours, is there less pressure to kind of putting out a new album in a certain timeframe? Do you feel that you can kind of take your time a bit more?

Pesch: Yes, you’re right. Back then, we didn’t do any DVDs. So now that we are doing DVDs, that always takes up time to do a record. Sometimes we’ll do a record and then a DVD, then sometimes two more records and another DVD. Not so many record stores exist anymore, everything is kind of changing. People like downloads and just download one song. In Europe, it’s still a little bit more old school and there’s still more record stores. Not too many but they’re still there. People like to hold the record and have the full effect, but some people just like singles. It’s definitely changing. Even doing videos, I love doing videos. Now, it’s more like doing a little video yourself.

Sometimes I miss some of the things we did in the ‘80s, even if it was sinfully expensive but was worth it. Now you have to go with the times. Even with the artwork, I’m a big fan of the whole package and I would like to have the painter paint a nice album artwork. We are in the middle of doing the DVD album artwork, and everyone has been saying, hey, why don’t you just take a photo or something. But I like craftsmanship, and I like art and the record companies don’t agree with me with that stuff but I do it anyway. I like nice things, not just some selfie on the album cover. I don’t like that. It’s cool for Facebook but not for the album cover. It’s a piece of art for me, and you want to hang it on your wall. And we still do vinyl as well. It’s limited edition, and it’s a smaller market but I think it’s totally worth it. Everyone can have the choice of having stuff fully packaged or limited edition or vinyl or something really special. I like the really special things and I want to keep on doing it.

Dead Rhetoric: When people speak of you, everyone always talks about how down to earth and genuine you are. Being involved in music for so long, how do you avoid letting success go to your head?

Pesch: Because I’m still a big fan. I’m still a metalhead and a big fan of many other bands. They all inspire me. I was just in London last weekend and I did a guest appearance with Saxon. They had a special show in London and it was so much fun. I could see their whole set and I was so blown away. I guess I’m inspired by other bands and I try to go to concerts as often as I can. I’m still a big fan of music and metal and the fans. It’s a big challenge, privilege, and an honor to jump up on stage and see people ready to rock with you. I love that I can be a part of their world and they can be a part of my world. It’s a great honor to play in front of people. I always want to do my best and do well. I want to give them a memory that they will never forget. It should be something intense and I find great meaning in that. The fans are the most important people to me in my life. When you love someone, you want to give your best and I’ve toured enough and the fans already have [given their best]. I’m happy to belong to the metal family. It’s awesome.

Dead Rhetoric: You are also involved with a lot of charity work. What motivates you to align yourself with various charities?

Pesch: A lot of things. There’s an organization called Terre des Femmes. They try to solve problems and take care of young women. It’s really good in other countries. It’s so bad, the more I know about it, the more you feel you have to do something. When I was growing up in Germany I was free; I could do and say what I wanted and in some other countries it’s impossible. So I’m supporting that. I’m also a big animal lover. I try to do whatever I can with any organizations that help animals. I just adopted two horses, who were heavily mistreated. You can’t ride them anymore but I take care of them. I give them medicine and food. I also did a concert called Rock for Animals and Animals in Need. I don’t have much free time but I also like to support young musicians, and I am part of the Wacken Foundation. The Wacken Foundation supports young bands who ask for support when they want to tour or record or make a demo. I’m one of the eight people sitting there with a couple of people from the industry, lawyers, and publishers. I’m the only musician. I’m always supporting musicians and would never say no. We get new bands and they tell us what they want. And it works worldwide! That’s what I do in my free time.

Dead Rhetoric: You’ve been in the metal scene for over thirty years. What do you feel has changed the most?

Pesch: Back in the ‘80s, the music and industry were so much bigger. That’s changed drastically, and the record industry became smaller and records don’t mean the same thing anymore. Of course, for many years, when everyone was downloading [music] for free, the record industries couldn’t afford to keep things going. It used to be big, big, big and now it’s much smaller. But on the other hand, I like it more now as I have much more freedom to do whatever I want. In the ‘80s we had contact with major company labels and there was so much pressure there. We had to have a hit single and we had to compete with pop artists, which is impossible for a metal band. Then they want us to do pop and they say that other artists sell 100 times more, but I would say that I don’t want to do pop. Metal is metal, and [the record company] would say they didn’t hear a hit on the record and I would hear tons of hits on the record. It was a tough time; you had to fight for your identity, your sound, and your songs. It was sometimes hard.

Now that the industry is smaller there is more freedom, and with an independent label like Nuclear Blast, they just say, do what you feel. We trust you, you know best. You know what the fans love. It’s a great difference. I can just be more pure and do what we love and get excited about it. I don’t have to worry about, “It’s not a single and it doesn’t sound pop enough,” so I think that’s great. On one hand it’s smaller but it’s more pure and for the artist its better. I miss the MTV videos and Headbangers Ball and doing these great videos, but now you can see them on the Internet. Everyone is also now getting the music, in all these different countries and that’s good. 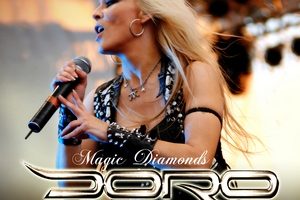