Back before the deathcore craze became a thing, there was Despised Icon. Combining the Canadian technical fluctuations of death metal, the aggression of hardcore, and some added groove, the act became one of the genre’s pioneers, ushering in a sound that would be repeatedly imitated but never quite duplicated. Then, in 2010, the band called it a day. But they weren’t easily forgotten, and after a few years they rejoined and played some reunion shows that eventually led to a full-blown resurrection.

Earlier this year came the announcement that Despised Icon was officially back with a new album, entitled Beast. Signed to Nuclear Blast, it promised (and delivered) a return to the roots of the band’s works, combining crushing death metal brutality with hardcore breakdowns and catchy grooves and rhythms. Vocalist Alex Erian checked in with DR to chat about all of these things, as well as how he splits time between Despised Icon and Obey the Brave, and how the industry (and world) has shifted since the band’s initial conclusion.

Dead Rhetoric: There was never a plan to bring Despised Icon back – you were done as a band. What made it the right time for Despised Icon to return?

Alex Erian: Some people have been using the word hiatus and temporary break, but truthfully – back then in 2010, there were no gimmicks, we broke up. We were done. We were over it in a sense. We were a little burnt from being stuck in that state of constant touring. Granted, we were lucky to have a strong, steady fanbase and be given the opportunity to tour the world, but we had reached a point where we were pushing 30 and curious about what life was like outside of music. A lot of my boys started families. The majority of my boys had good career opportunities as well, so we decided to call it a day. That was that. My drummer – he said this the other day – he didn’t play drums for like a full year. Essentially we lost sight of why we were doing it in the first place. Instead of beating a dead horse, granted the band was on the top of its game, we decided to just learn how to let go.

Fast forward four years later and we started hanging out again. 2014 was the first time we gathered under one roof. Nostalgia kicked in and we started chatting – in taking that huge step back, we realized how music played a pivotal role in our lives, and how Despised Icon was a big part of our lives and how we genuinely missed it. We decided to play a few reunion shows to see how it would go, and see how supportive the bands were – that gave us a big kick in the ass and a confidence boost as well. People actually cared – it wasn’t just the die-hards, the fans for X-number of years, but a number of fresh faces – people that got into our music after we broke up. Ultimately, the fans gave us the compliments we needed to come back. That was our mindset getting back into the game, writing and recording Beast. We are having a great time so far, just riding the wave.

Dead Rhetoric: You mentioned seeing new faces – do you feel that despite the band calling it quits, the name still continued to grow during those years?

Erian: It did. I’m not quite sure I understand what happened or why – it’s not like we are playing commercial/alternative rock – it’s like extreme death metal/deathcore/whatever you want to call it. It’s not the most accessible music, commercially. I don’t know – I’ll embrace it, I welcome it, and I’m thankful for the support.

Dead Rhetoric: Going along with deathcore – with the negative connotations that deathcore seems to bring up, how does it feel to be tagged as one of its pioneers?

Erian: Towards the end of 2009-2010, that was the trend. A lot of bands were hopping on the bandwagon, and like every trend, it got saturated. Even though we were flattered to be considered one of the first, if not the first, we sort of wanted to stay away from that. Our musical roots were significantly different in the sense that we grew up in the early ‘90s/mid ‘90s and listened to a bunch of death metal, grindcore, and hardcore – there were no deathcore bands back then. When we formed Despised Icon, we had all been in various death metal bands before, so when we started the project, we wanted to do something a little different. So we took in elements from other types of music that we listened to other than brutal death metal. That’s how our first record came about. We were on tour with Morbid Angel, Deicide, Immolation, and Suffocation and so on. The fans back then were a little rough on us since we weren’t death metal in that sense.

So our background was different – a few years later, that’s when Job for a Cowboy, Suicide Silence, Chelsea Grin, and Whitechapel and all those bands came about and made touring a whole lot easier and more fun for us. But that being said, I feel like a lot of deathcore bands are influenced by deathcore and for us it is quite different. I feel like that is why we stand out, especially if you look at the deathcore revival that is going on right now. You listen to these upcoming releases from our friends and our peers, bands that we respect and all that, but we definitely went our separate ways in terms of our musical background. I think a lot of them actually sound a lot like djent now – they dropped the blast beats and that extreme shit. I feel like they veer away from that. Us on the other hand, I feel like we are going back in that direction more than before. The new stuff is very reminiscent of our earlier records, like Consumed by Your Poison and The Healing Process. But it’s all good – I’m not dissing anyone. All those bands have my respect, but with Despised Icon you hear Despised Icon and that’s that.

Dead Rhetoric: That brings up a good point – with many members involved with other bands, does it give you more focus and channel away more experimentation in order to make sure that Despised Icon sounds like Despised Icon?

Erian: As far as Despised is concerned, taking that huge step back and not being pressured by expectations in the industry – putting out a record by this date so that you can get on this tour – which sort of suffocates the creative process – we kept everything secret. We didn’t know what the fuck we were doing to be honest. We hadn’t sat down in over seven years to write together. But it’s like riding a bike, and the ideas flowed and the next thing we knew, we had a record that was all killer no filler, and something we were really proud of. As far as our other musical projects are concerned – we consider ourselves musicians above all. Granted we are metal lovers, ever since a young age, but we listen to all sorts of shit. I love hip hop, grindcore, commercial pop hits you hear on the radio – maybe that’s me hanging out with my girlfriend too much – but I’m all over the place. That extreme music was lacking in my life as of late, so to have that opportunity get on stage and to get Despised going again – it was definitely an outlet to get rid of all that negativity. It’s so extreme – it feels good, going on stage feels like going to the gym and working out for an hour.

I feel like doing Obey the Brave – which is another band, not a side project, it’s something that is extremely important to me too. It’s something that is more reminiscent of all my years listening to punk rock and hardcore, and adding that melodic twist to it. I actually just finished recording the third record for Epitaph a few days ago. Once the new year kicks in, the record is going to drop and I’m looking forward to doing it all again with OtB. It’s been quite a challenge to do both bands, but they are significantly different and they keep me busy. At this point, I’m 35 and I’ve realized that I am a musician. This is who I am and what I do, and I can’t live without it. Might as well go all the way. 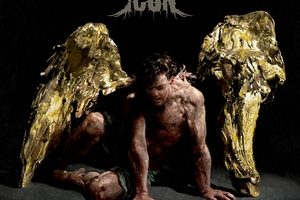 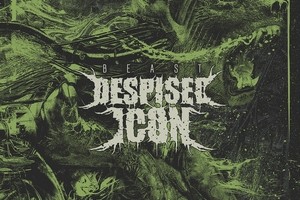 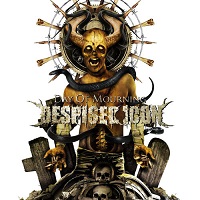