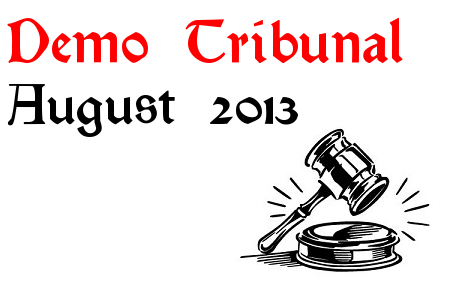 A sludge outfit from Cincinnati, Mollusk have been an active entity since 2010, with Colony of Machines being their second release. Falling in line with the throng of bands who have come to embody post-Neurosis core (although there’s no “core” to be found), Mollusk demonstrate some nice dynamic action on “Shifting Decay,” where a rigid melodic guitar break enters the noisy fray. The instrumental title track is a nice experimental shift from the template (more please), while the big and boomy “Denisova” is also bereft of vocals, giving Mollusk a nice little counterbalance and total avoidance of annoying, one-dimensional man-grunt “singing,” if you want to call it that.  Mollusk on Bandcamp

Throne of Heresy – Realms of Desecration
Starting a Swedish death metal band in 2009 sure ain’t like starting one in 1989, just ask Throne of Heresy. Since their formation four years ago, the band has managed to pull together a 2012 full-length (The Stench of Deceit) and a three-song EP in the form of Realms of Desecration, which has the necessary roll and rumble of Impious and Demonical, two bands who have made concerted efforts to avoid the trappings of conventional Stockholm DM. Throw Throne of Heresy into the mix – the deft use of harmony and dynamics give their tunes some depth, like “Morning Star,” where a well-placed harmonic guitar portion (with some bass noodling too) breaks up the song nicely. While the more conventional “Spawn of Atrocity” gets going with a head of steam, it’s the ominous sprawl and brutality of “Souls of Suffer” that make this outing a gem. Good stuff! Throne of Heresy on Bandcamp

Torture Ascendancy – Demo
Death metal from the heart of Amish country; that’s what Torture Ascendancy is. While DR won’t ponder why they have a design based on the Oakland Raiders logo (sure beats aping the Steelers, though), taking the plunge on their technical and brutal two-song demo was easier than we thought. Being that most bands of this ilk tend to slog their way from riff to the next, the TA dudes do an admirable job of cuing up their flashy tech runs with jabs and slabs of heaviness and extremity. Only two songs here, so surely Torture Ascendancy has more up their sleeves; perhaps some more NFL-related logos, eh?  Torture Ascendancy on Facebook

DR has seen the Vermithrax name floating about primarily due to our approximation to the ever-hilarious Pittsburgh metal scene, a scene in which one needs to have some serious fortitude to survive. Vermithrax seem to have their act together, with their Vol. 1 debut engaging in a progressive death/thrash workout, not unlike Nevermore at their heaviest. Vocalist Chris Roy has one of those multi-faceted, pitch-happy vocal approaches; he’s noticeably animated on “The Summoning” and “Architect of Fear,” thus keeping the band out of generic thrash stable. The guitar work is similarly complex, which is understandable – a holdover from fellow Pittsburgh epic metallers Order of Nine holds down the fort. Vermithrax official site

Wasted Fortune – Wasted Fortune
A post-metal crew from Chicago, Wasted Fortune has been doing their thing since 2005, with two EPs to show for themselves. Their most recent self-titled EP sees the trio of Nick, David, and Eddie play a largely vibrant, sometimes tricky offering of prog-tech, like “Bare,” which is easily the highlight of the five songs. Vocals are give-and-take (like they always are in this realm), but the band is air-tight, delving into all sorts of turns of the sharp and off-time variety. The melodic build of “Dagger” is pretty sharp, too.  Wasted Fortune on Bandcamp 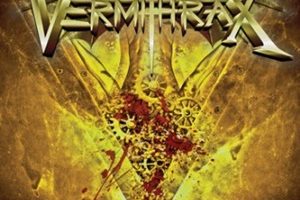 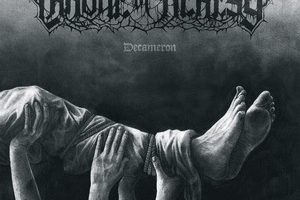