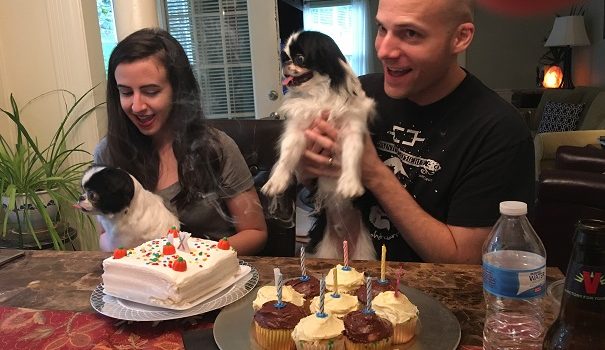 Always fun to do these lists, or, rather, take a gander at what has tickled the fancy of other writers. Metal is certainly not a narrow field these days; it’s all over the place, in every corner, it seems, so, where some albums get the nod, others don’t and vice-versa. The prevailing sentiment is that we still have a strong, vibrant scene that is not as top-heavy as some would think. Instead, there are quite a few bands who exist just under the surface of underground recognition, who end up pushing the bands who are already there. Everyone wins.

As for 2018, Ireland’s Primordial take home the top spot on this particular list with Exile Among the Ruins. It’s the dramatic and sweeping album Alan Averill and company has been threatening to make for years. Elsewhere, nearly all familiar faces afoot, which means these bands continue to crank out quality work, or, the aforementioned bands lying just below the underground median of acceptance aren’t quite there. Let’s not split hairs, shall we? Onward we go… 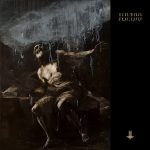 12. Behemoth – I Loved You At Your Darkest (Metal Blade)
Sort of like mainman Nergal himself, who exudes class and charisma (note: He also smells really good in person. No lie), Behemoth’s first album in four years, I Loved You At Your Darkest, holds down the band’s patented death/black frame while inserting some timely left-turns, like outside-of-the-box single “Bartzabel.” 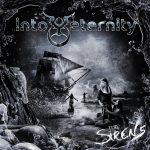 11. Into Eternity – The Sirens (M-Theory)
Their first album in ten years (!) Canadian powerhouse hybrid Into Eternity have weathered the loss of singer Stu Block, ably replacing him with Amanda Kiernan. The Sirens, while lacking in the drum department (that snare is iffy), hauls in the band’s trademark dose of technical precision and savvy, chorus-laden songwriting. Hopefully, the next one doesn’t take ten years as well. 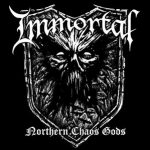 10. Immortal – Northern Chaos Gods (Nuclear Blast)
Their first album in nine years (!), Norwegian winter blasters Immortal returned with a new lineup, absent longtime face of the band, Abbath. Original guitarist Demonaz has returned on the demon-axe along with drummer Horgh to lay down a strenuous, ultra-fast offering of black metal in the form of Northern Chaos Gods. Look at it this way: When Abbath returns next year with a new album, we’ll have two excellent bands for the price of one. 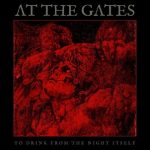 9. At the Gates – To Drink from the Night Itself (Century Media)
Their first album without principle songwriter Anders Bjorler, Swedish melo-death powerhouse At the Gates may have tacked on several years to their career with the excellent To Drink from the Night Itself. Their classic melodic death metal flair is still in place but imbued by darker shades than before. While they’ll forever have to contend with Slaughter of the Soul, the Swedes are faring quite nicely for themselves this decade. 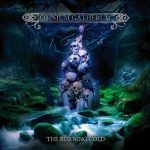 8. Omnium Gatherum – The Burning Cold (Century Media)
Perennial favorites, Omnium Gatherum has gone from a curiosity and critically-adored outfit to one of melodic death metal’s real high-flyers. Still, without a dud in their discography, the Finns churned out another enticing affair with The Burning Cold. Stocked with Markus Vanhala’s master melodies and Jukka Pelkonen’s biting roar, OG couldn’t disappoint if they tried. 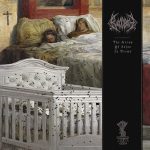 7. Bloodbath – The Arrow of Satan is Drawn (Peaceville)
You can sense almost immediately that Nick Holmes’s comfort level improved on his second go-round with Bloodbath, The Arrow of Satan is Drawn. The Paradise Lost crooner supreme is all death here, naturally, digging up his old bones of yore for a savage, well-paced album that is equally catchy, something often not said for vintage, Stockholm-loving death metal. 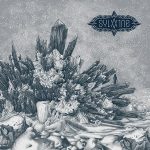 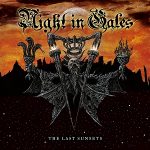 5. Night in Gales – The Last Sunsets (Apostasy)
Rare when the categorical definition of melodic death metal sounds this convincing, but underrated German outfit Night in Gales has been doing this for years. Indeed they are the utter definition of the style — the piercing melodies, harsh vocals and streamlined arrangements, but no one executed it better in 2018 than Night in Gales. 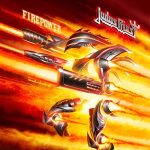 4. Judas Priest – Firepower (Sony)
What is it? Their best since Painkiller? Screaming for Vengeance? Both are viable choices, but the fact of the matter is Priest whipped up and delivered the goods, bringing their venerable sound into the modern age with the help of Andy Sneap. Let’s hope they never retire. 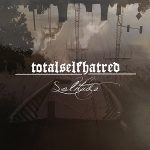 3. Totalselfhatred – Solitude (Osmose)
Finnish doom-and-gloomsters Totalselfhatred isn’t the most prolific of bands, so Solitude didn’t carry the weight of expectations. What it did do, however, is go right for the melancholic jugular (or noose?) with sorrow-laden cuts that are infiltrated by melody and infinite sadness. 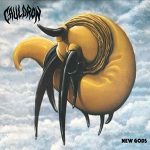 2. Cauldron – New Gods (The End)
The under-appreciated and road-dogging Cauldron emerged with their catchiest batch of songs to date — which is saying a lot considering they’re one of the few classic metal bands who could probably jostle their way into the 80s. 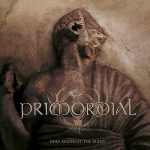 1.Primordial – Exile Among the Ruins (Metal Blade)
Primordial has certainly released its share of excellent albums, in particular, 2000’s Spirit the Earth Aflame, but nothing on the level of Exile Among the Ruins. The band’s unique set of spirited, sub-black black metal that is guided by the torch by Alan Averill’s potent, hearty vocals, has never sounded so invigorating and determined. 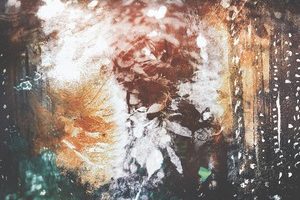