Yours truly is going to make a concerted effort in 2017 to not gripe/whine/complain about bands writing long songs. All that matters is that it’s a good song, right? Remember this: There are plenty who balk at the traditional verse/pre-chorus/chorus song structure, finding it too formulaic and staid, while others revel in the comfort of knowing what will come next. This isn’t punk we’re talking about, but sometimes the best songs are the ones with the most conventional of structures, and then there are songs with labyrinthine arrangements that dazzle the mind. So much to ponder!

While on the topic of being succinct, the below top-10 best songs of the year is an attempt to move away from verbosity, not to mention to save on the ever-finite amount of adjectives we can use when describing songs. Have at it…

1. Katatonia – “Shifts” (from The Fall of Hearts)
A song and video so depressing that it begs: Was this a leftover from Discouraged Ones?

2. Rotting Christ – “Elthe Kyrie” (from Rituals)
An otherwise mild, somewhat uninspired album, highlighted by this rager that asks: “Why can’t Rotting Christ do this all the time?”

3. Germ – “I’ll Give Myself to the Wind” (from Escape)
Are Tim Yatras’s dreams haunted by the swirling notes and downcast of this song?

4. Imperium Dekadenz (pictured) – “Pure Nocturnal Rome” (from Dis Manibvs)
Is the duo of Vespasian and Horaz available to show other black metal bands how to write actual epic, glorious songs?

5. Novembre – “Umana” (from URSA)
Will anyone ever appreciate the beauty that is Novembre’s Classica and Novembrine Waltz?

6. Grand Magus – “Born for Battle (Black Dog Of Brocéliande)” (from Sword Songs)
If “meat and potatoes metal” becomes an actual subgenre, can someone ask JB if he likes gravy?

7. Sylvaine – “Like a Moth to a Flame” (from Wistful)
If you are not soothed by this, does this mean you have no soul?

8. Bossk – “Kobe” (from Audio Noir)
Hopefully no one thought this song was about the basketball player or the beef…right?

9. Be’lakor – “An Ember’s Ark” (from Vessels)
When will the rest of the melodic death metal world figure out what these Aussies are doing and start copying it?

10. Omnium Gatherum – “The Great Liberation” (from Grey Heavens)
Could Markus Vanhala write a bad melody if he tried? 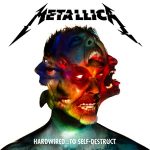 Biggest surprise of 2016: Metallica. Since Helloween was already mentioned, let’s go with Metallica. It’s non-debatable that Hardwired…to Self-Destruct is their best effort since the Black Album, with the band writing compact, gut-punching songs that bound across thrash and standard groove terrain. It’s even more impressive considering these guys have nothing left to prove; their legacy is forever cemented with their first five albums, no matter how iffy Load/Reload, St. Anger, and Lulu are. (Death Magnetic has the occasional moment.) 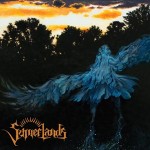 Best newcomer of 2016: Sumerlands. The product of former Hour of 13 vocalist Phil Swanson, Sumerlands takes the man’s coherent Ozzy vocals and situates them with pure-bred, no-frills, no BS traditional metal. The band’s self-titled debut may be a tad short at only 32 minutes, but there’s more than enough mountain man metal to enjoy. 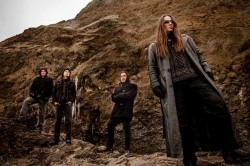 Biggest disappointment of 2016: Agalloch’s split. The year was largely without an album of catastrophic/career-killing magnitude, so the surprise split of Agalloch will do the trick. Main dude John Haughm has opted to go solo, leaving behind not only three (justifiably) befuddled band members and a stunned fanbase, but also a stockade of albums that came to define atmospheric splendor in the context of extreme metal. 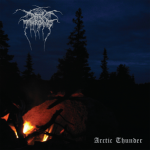 (Click here for larger image)
Best cover art of 2016: Darkthrone’s Arctic Thunder. Darkthrone’s Fenriz has never been one to conceal his love for Norway’s seemingly endless supply of gorgeous landscapes and towering forests. To see it reflected on the band’s Arctic Thunder drove it all home, showing how far Darkthrone has come from their once-strict no-colors album cover approach of the ‘90s. 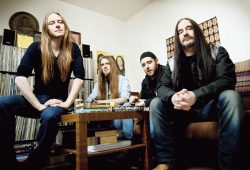 Best concert: Carcass in Pittsburgh. On what should be the last leg of the touring cycle in support of 2013’s Surgical Steel, Carcass were, as they say, “On top of their game.” Employing a healthy mix of new and old jams (the Heartwork cuts received a rapturous response), Carcass proved they are perhaps the best live death metal band going, with two vets (Walker and Steer) and two young(er) dudes (Ash and Wilding) creating quite the imposing lineup. See you in 2018 with a new album? 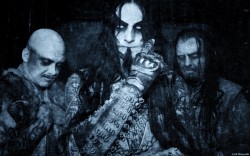 Most anticipated album of 2017: Dimmu Borgir. Noticeably quiet since the release of 2010’s Abrahadabra, Dimmu are long overdue for a new album. With the landscape of black metal evolving by the second, it’s nigh time for one of the scene’s most high-profile bands to release a new body of work.