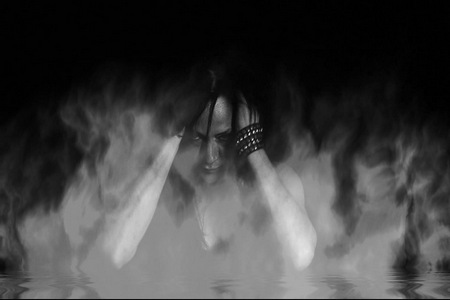 Dead Rhetoric: Was the piano portion of the track there from the beginning, or developed afterwards?

Leone: No, I’m pretty sure that was added on at the end because Chastain as a producer that he is, he creates stuff afterwards. I can remember him presenting it to me, and I think it was after the basis of the song was completed. It added so much so I said go with it.

Dead Rhetoric: From The Voice of the Cult – “Evil For Evil”…

Leone: Again, I don’t remember songs particularly but I can remember when we were recording The Voice of the Cult I felt finally a part of the band, that I got it and I knew what I could do and do it properly. I had more of a say and I knew what my talent at that time was. The Voice of the Cult was a real clicker for me. On stage when we would do these songs I would think to myself, ‘I got it, I’ve finally got it.’

Dead Rhetoric: And finally from For Those Who Dare, the title track…

Leone: You know, I never liked that song! (laughs) And I still don’t like that song- it’s not one that ever connected with me. We did a video and got lots of airplay, again never one of my favorites but I do it live because people want me to do it live. Thank all of you for liking it. I did not want to do the “Barracuda” cover either- I don’t like doing covers even to this day, that was something that the label made us do. When the label did a re-master, they left that song off.

Dead Rhetoric: During those mid 1980’s, David was very prolific in terms of records between Chastain, CJSS, and his instrumental efforts. Did you ever worry that he was spreading himself too thin?

Leone: Absolutely not. That’s what he does and obviously he did it very well. He creates all the time, I never thought of it as a problem because Chastain had done so well. For me personally it did so much for me. We were always making music and making plans for the future, in my mind Chastain was always on the top of that pile.

Dead Rhetoric: Given David’s recent return to the stage in Cincinnati with his other old band CJSS, are there hopes to get him out of his man cave and perform once or twice with Chastain?

Leone: Ah, no. I don’t have any hopes, I put that idea to bed a long time ago. I think that was just a crazy fluke that happened, really shocking and hurtful but he did discuss it with me and I didn’t hear it through the grapevine. I don’t see any plans for him to come out of his man cave- it’s funny you say man cave because we call it the wizard who won’t come out of his castle.

Dead Rhetoric: When you think of the word success, what comes to your mind, and has it changed from your twenties to today?

Leone: Success to me still means the same thing, and it’s something that I did not reach. Success to me is to be able to do your craft and be able to make a living out of it, which I never did. It’s still the same, still kind of a disappointment to me personally. It is a blessing at any time in your life though to be able to create music for people, (and) that people like it. Success has stayed the same- fleeting, for me.

Dead Rhetoric: How does the youth of today make sense of the infinite choices of metal music and releases these days – as it seems harder to differentiate any quality control given the quantity of product available on a daily and weekly basis?

Leone: You know, I know! There is so much out there, and I can remember thinking in the 1980’s there was so much. I remember when I was in Rude Girl people would come to me and say, ‘Are you a singer?’ and everyone in California was a singer. I think people need to express themselves that way, it keeps a lot of people out of trouble, and leads people to a lot of better things in their lives. I have no problem with it, everybody has a different taste. One man’s trash is another man’s gold. All of the forms of expression, I’ve been turned on to so many different types of music that I never even knew existed. I’ve always been a metal head, but there’s a lot of other cool stuff out there too.

Dead Rhetoric: What are your thoughts on handling social media in comparison to the methods of promotion 30 years ago?

Leone: I grabbed one of those younger kids and had them create my Facebook page and my Twitter account. I love it and I hate it. Since I’m not out there playing all the time, I have to get my thoughts out there. I think Facebook and Twitter are going to be enough for me, Leviathan and Pure Steel help put us out there as well. It’s extremely intimidating for me, I’m fighting my level of addiction. In the 80’s, how did we know about each other? Ah yes, the magazines. I would rather hold on to a magazine. I would hope that there would be a resurgence just like vinyl.

Dead Rhetoric: What are the hopes, plans, and promotional activities on the horizon for the next 12 months? I know that you’ll be playing the Ragnarökkr Festival in Chicago next May, anything else booked for the US and beyond?

Leone: There are things that are being talked about, nothing that I can say. I will definitely get back down to Brazil in 2016. I am trying to get a band together and get something to gel. My good friend Veronica Freeman and I are always having conversations about grabbing a band and doing some shows.

Dead Rhetoric: How was that Brazilian tour you did a few years back – everyone that plays there raves about the passionate and enthusiastic response there?

Leone: It was insane! It was like… I would be in the airports and people would be running and screaming to see who was there. I play small clubs, 400-500 people and they would be packed. The people knew every word, the people pulled me out there for two, three, four encores. A mass love fest, the difference of ages was incredible. There would be young girls that looked like me from the 80’s, they had the blonde streak, the spandex, the leather. I didn’t want to leave, it was just sick. 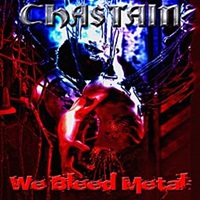 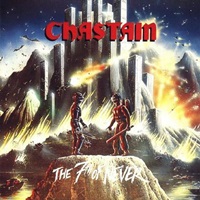 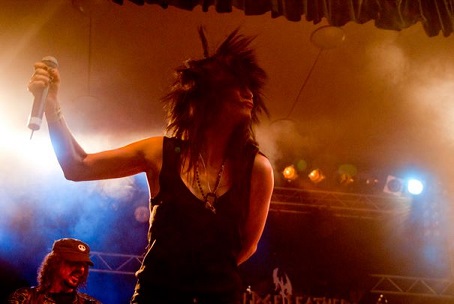 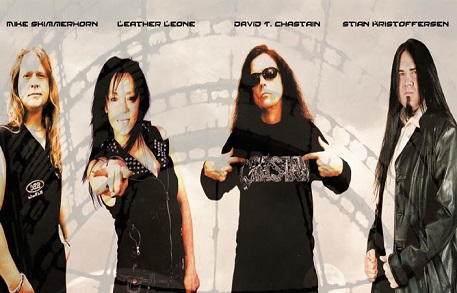