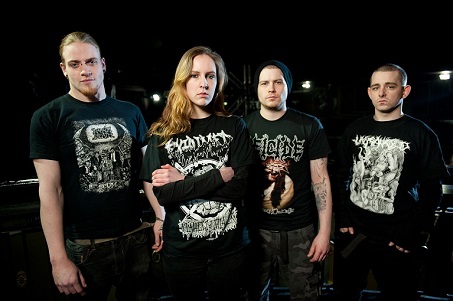 No one has to be a rocket surgeon to grasp the immense of amount of money and coordination it takes for a European band to hit North America, and vice-versa. Contracts have to be signed, merchandise needs to be arranged, and the necessary paperwork to get though a stingy post-9/11 customs department is just the beginning of things. So when frontwoman Simone “Som” Pluijmers of Scottish death metallers Cerebral Bore failed to show at the airport prior to the band’s departure for the States, you can only imagine the shades of red upon her bandmate’s faces. Lobster-red, probably.

Miraculously, the band was able to secure Texas-based vocalist Shawn Whitaker for their run with Dying Fetus and Cattle Decapitation, a tour that should run out the string for promotion of their Maniacal Miscreation debut. As you’ll read below, though, guitarist/founding member Paul McGuire was suitably upset over Som’s absence, but is taking the wait-and-see approach. As such, we caught up McGuire via telephone in Los Angeles, well before the more than likely internet mud-slinging between the two parties will commence…

Blistering.com: You were a dealt an unusual set of circumstances prior to coming to North America. Care to shed light on Som and her departure?

Paul McGuire: I don’t know…I haven’t spoken to her. She didn’t phone the band or anything, didn’t turn up at the airport, hasn’t been in touch anybody since, so that’s where we are. We’ll wait until we get home.

Blistering.com: How bad of a situation did that put you in before coming over?

McGuire: It’s a terrible situation. I had to borrow a few thousand pounds to pay for our flights, including Som’s and she let me book the flight, and didn’t take it. I’m a thousand bucks out of pocket, and that’s the start of things. That’s the main issue – we were really struggling to get money for our flights and I managed to get the money and that happened, not to mention all the merchandise we had printed and all the shows that we had lined up. If we had pulled out, they would have had to re-contract the whole tour. So you can understand why we were upset for someone to pull out at the last minute. That would have put us in a hole, but I said no matter what, we’re going to do the tour; we need to honor our commitments.

I just wish she had done the same. It’s cool if she wants to leave the band, but not talking to anyone…I thought it was a really unprofessional way to go about doing [things]. I can live with it; people not wanting to be in the band, but to not talk about it…I gave her plenty of opportunities to talk things over. I did that, but all she did was ignore me, then all this unfolded. It was literally 24 hours before we left.

Blistering.com: Did you see any of this coming?

McGuire: Pretty much, yeah. We could tell because she was acting weird, then she disappeared. At the end of the day, we need to keep pushing forward. We’ve been a band a lot longer before we gave Som the opportunity that we gave her. And we will continue to be a band after. A lot of people can’t get over a member leaving the band, but that will pass. The thing is, we were friends and I still think we are. Nothing has happened between us as far as I can see to make all that crap happen, so maybe we can get back in touch and not read whatever has been written so horribly.

Online, I’ve totally ignored the situation for an entire week, but it would have been so costly just to go home. It’s tough trying to keep my head down and keep going. People think they know the whole stories, but there’s two sides. All we said was Som didn’t want to do the tour. That’s all we said. We haven’t said anything about the story and what’s going on, but [people] keep judging us offhand because they think they know the situation. We are the ones that here and are the ones in the States, doing it.

Blistering.com: How quickly were you able to get Shawn Whitaker to help out with vocals?

McGuire: The Shawn part happened pretty quickly. I was on the phone with Shawn the night before, for something completely different, then the Som stuff happened. I gave him a call back and asked if he wanted to do the tour, and he was like, “Yeah.” That was it. He got working on the songs, then 24 hours later, he met us in Virginia.

Blistering.com: He must be a fast study.

McGuire: Yeah, I’ve known Shawn for years and I have a lot of faith in him. If anybody was going to be able to do this, it would be him. I brought Shawn over to Europe a bunch of times; we’ve toured Europe, we’ve toured the U.K, we’ve toured the U.S and we’ve done a few festivals together. At least with Shawn, we didn’t need to worry about what he was going to be like. He already knows the deal, so it was just a case of getting to business as soon as he got here.

Blistering.com: Does he appear to be phased by this?

McGuire: He’s fine with it; Shawn’s from Texas. He’s absolutely fine with it and he was itching to get back on tour, so I think this came at a good time for him.

Blistering.com: The album is a few years old, so have you started to think about the next one?

McGuire: Yeah, yeah. The new album is already written. I’m happy with it…it’s brutal stuff [laughs]. If you like the old stuff, you’ll like the new stuff; it’s not much of a diversion from our last album. It’s finished, but we have work on the vocals.

Blistering.com: I know you said you’ll tackle the Som situation when get back home, so have you thought about how you’ll handle the vocals for the next album?

McGuire: Nah, haven’t thought about it. I don’t want to think about anything regarding the vocalist position until I’ve spoken to Som. Personally, I think she made a stupid decision and it’s more about her position in the band – she has responsibilities. She just walked away and I’d rather just speak to Som to hear what she has before anything else. I’ll give her the chance to smooth things over, because the way this has been handled has been really bad.

Blistering.com: Are you learning from any of the veteran bands on this tour?

McGuire: Absolutely. There’s a couple of people in the bands that we’re touring with, so we know well. They treat us well; they always have pointers. John [Gallagher] from Dying Fetus is always throwing information my way. These guys have done it for years, so just little scenarios I have to deal with, they’ve already thought of.

Blistering.com: John from Dying Fetus is no stranger to lineup changes, so I’m sure he’s been of help.

McGuire: Ever since the first day of the tour, Gallagher took me aside and said, “Don’t let all this get on top of you. Don’t go packing in the band because of the Som stuff. Trust me, I’ve been through this, you’ve got to keep going down the same path.” We ended up drunk several times on the tour and having the same conversation. He’s been really supportive in that way…he knows what he’s talking about. 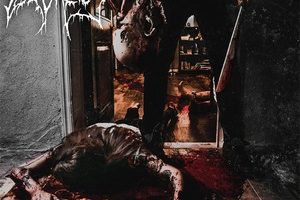 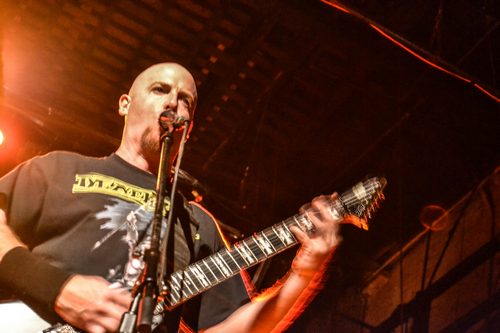