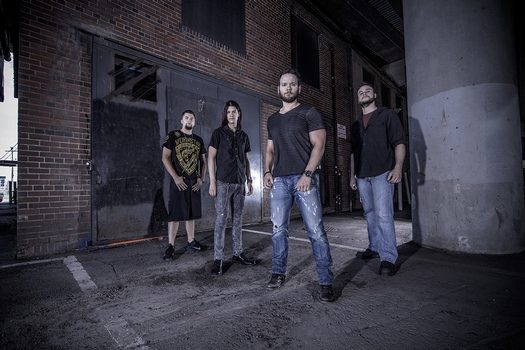 Dead Rhetoric: Tell us about Peter Rutcho and his mixing/mastering skills for the record – plus the keyboard solo he added on “Wake Up the Tyrant”. How did you hook up with him – were you familiar with records he had done in the past, as well as his keyboard work in Armory?

Petersen: Yes, I was very familiar with Pete’s work, and that’s why I contacted him. I was a big fan of his video game band/ cover project called Vomitron back in the days when Myspace was a thing. I found his page then, and even before that I was a huge Armory fan- I had known about them, posting songs on MP3.com before even Myspace came into existence. When Cellador was in its infancy too, I remember seeing this other band from the United States called Armory was right alongside us posting music. I don’t think Pete was in the band back then, but I’m also a fan of Armory which is involved with now. I finally got to meet them in person at the Warriors of Metal Festival, we got the chance to hang out a little bit as well which was cool. I met Pete there- I bought their first demo CD they were selling themselves back then.

What really got me interested in his production work was hearing his work on Vomitron, and what made me finally get in contact with him was hearing the Havok album from 2011 Time Is Up. I thought it was a ballsy, heavy album – I heard it online and I thought, ‘wow- this is a really heavy sounding album’. I remember it wasn’t the easiest to find out- I had to do some Google searching online to find out he was involved in the mixing of the album. This was around the time I was mixing and mastering Honor Forth myself- but I got in touch with him around 2013. He was happy to hear from me, he was a big Cellador fan and he knew about Enter Deception. We were initially talking about whether he wanted to re-mix Honor Forth – that just got too complicated and I didn’t think it was going to be too cost-effective because I had just finished mixing and mastering it myself. I thought the resources could be better spent on the next release. I had him in mind for the next album, and once we started getting tracking going on Off the Grid I for sure got in touch with him to let him know and see if he would mix it. We sent him the title track off the album, that was one of the first songs we completed. He did a test mix to see if the levels were correct and no blatant errors on there that we had to change, like if a guitar was sounding bad or noise in the signals. We were floored, and we went back and forth on a few intricacies but even from that first mix it sounded phenomenal. We finished the album, sent them all to him as a big package and it took him a couple of weeks until mid-2015 to get it sound amazing.

There was no keyboard solo for “Wake Up the Tyrant” originally. Pete here and there gave his little creative input on small… we don’t really have a lot of sound effects or intros to the album. He did add little things and edits here and there creatively. One thing he added by e-mail, he shot back the song with one section in that song that he thought could use a solo, let me know what you think. And I thought it sounded great, it made a lot of sense, so we kept it.

Dead Rhetoric: How did “Good Enough” (The Goonies movie soundtrack song) come into play? That movie came out in 1985, so was it a part of your youth, as it has become a cult classic…

Petersen: I do remember seeing that movie when I was four or five years old, so it certainly was in my youth. The Goonies factor wasn’t all of it, I knew of the song because of the movie. I just thought it was a really catchy song, I’m a huge 80’s not just hair metal fan, but a pop music fan. It’s a style that’s grown on me over the years, I actually listen to 80’s music when I’m at the gym or in the car. I was listening to that song in rotation on my playlist and I thought it would be a fun song to do, I was already singing along to it while driving just for fun. I thought it would be a fun, quirky idea to make a power metal version of that song. I thought the song was catchy and it would be unique to kind of metalize it. And also, it had that nostalgia factor with it being on the Goonies soundtrack. I think there are going to be a lot of people who obviously remember that movie and who would know the song, so it’s actually like bonus points that we covered that. It was sort of a spur of the moment decision. I actually started learning the guitar parts for it and tracking a demo before I even told the band. Luckily nobody in the band had any qualms against putting it on the album. I remember (keyboardist) Diego (Valadez) – he’s a total 80’s nostalgia guy- he’s younger than me but for whatever reason he’s into the 80’s and he was thrilled to do that song. It turned out great, and so far in the reviews it sounds like people are enjoying it as a nice contrast to these speedy, and somewhat darker songs. Right after that cover comes “This Means War” – and a couple of reviewers made mention of having a nice, happy, light-hearted song mixed in there and follow it with a darker, heavier, straight heavy metal song.

Dead Rhetoric: Was it also a conscious decision to keep the album in a tighter, 45-minute window rather than going for an hour-long effort?

Petersen: The album as a whole, I didn’t have a target for how long it should be. I want to keep the songs shorter- unless I have a deliberate intention to write an epic, seven to ten-minute progressive song. I like to keep things more to the point. We are totally happy with a 45-minute album, it’s a perfect time length to do anyway.

Dead Rhetoric: You mention being an active participant in social media, especially engaging in newsgroups on Facebook that pertain to your style and interest in metal. How do you feel about the development of this engagement from the Myspace era to today – and the tangible rewards you see down the line?

Petersen: It’s a different world, that’s for sure. If you had asked me this a few years ago, I hated it. I was one of these older guys relatively speaking that was just used to the Wild West days of Myspace when you could fully customize your page. I still kind of think that Myspace was better for bands than Facebook because once again you could fully customize your page however you wanted. It was easier to actually play the music as you had a player right there- and not only that but fans could on their personal page put that same song on there, however annoying or not annoying that may have been. Maybe that came first and I got used to that.

One thing I’ve noticed about metal and social media these days is there are a whole lot more bands able to get their music out there because of YouTube and the fact that social media has become so entrenched in all of our daily lives. Even that much more than it was in 2006. It’s on everybody’s phones. Since now that we have this full-length album that we are really excited to get to everybody’s minds and ears, I feel like we are going to have to play a little bit of catch up, updating all of our social media presence on all these sites. I know for example, I’ve never been that into perusing bands videos on YouTube, I obviously do and since Off the Grid and prepping for the release, I look around and see a lot of power metal bands have millions of views on YouTube, and we just started our own YouTube channel in 2016. We’ve hardly promoted it, and this is the state of things nowadays. Bands have to be very prolific on YouTube- we have to make a video and get our faces out there. It’s a different world, it’s not like Myspace where you post a half dozen, 100 kilobyte live photos of yourselves. You have to engage and be more personal with your audience- and that’s something I’ve been telling the band that we need to do. We are trying to get on top of it- I just actually made a track by track breakdown video for this album. We are going to get that posted up. Making more videos, showing our faces, speaking to the audience- having those on all of our social media pages. 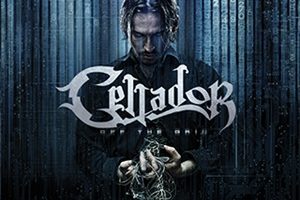 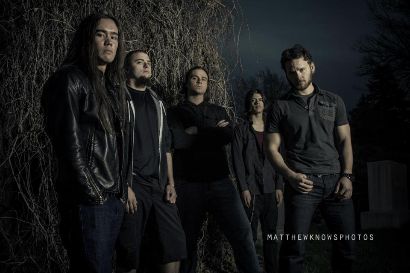