Cauldron – Burning at Both Ends 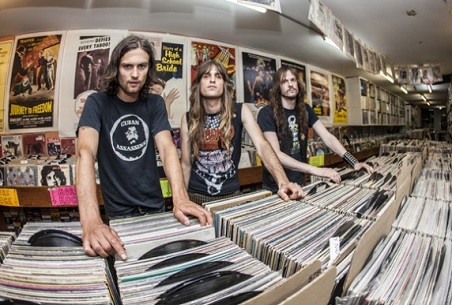 Talk to the Cauldron guys about all of the glamour, chicks, and money that come from being in a metal band…they’ll give you the scoop. It’s probably why aspiring teenage rockers should never read interviews done by bands who are really entrenched in the grind. They’d be discouraged almost immediately. Yet, it’s Cauldron’s devotion to metal that as cliché as it seems, is what keeps them going. Surely they could find far more profitable means than being in a touring metal band, right?

The band’s newest Tomorrow’s Lost is probably the least enjoyable of their three albums (their 2009 debut Chained to the Nite is an unheralded gem), but singer/bassist Jason Decay is apparently pleased with the effort, according to his responses below. And with a new tandem signed by Earache Records with indie giant Century Media, the band has more of an opportunity to make headway than ever before. Let’s hope the pendulum shifts in these guys’ direction for once…

Dead Rhetoric: I remember reading some interviews with you around the time Burning Fortune came out, where you said doing the band was a struggle financially. Is that still the case?

Jason Decay: Generally yes, we do this because we love it. It would be nice to turn it into something sustainable, but right now, we work to tour for the most part.

Dead Rhetoric: At this point, have you level-set your expectations for the band?

Decay: Still no expectations, expecting is disappointment. We just continue to maintain and hopefully achieve.

Dead Rhetoric: When Earache hooked up with Century Media, what were your thoughts?

Decay: I was relieved. Earache’s presence in North America seemed to be dwindling and CM seems well connected so it’s exciting for us.

Dead Rhetoric: Did you have any qualms with the album being released in Europe in 2012, and now here in 2013?

Decay: I think it hurt us a bit with getting press in North America, but since there really isn’t many press opportunities for us over here anyway, then it’s all good.

Dead Rhetoric: Have you become wary of the machinations of the music industry? If so, any bad experiences you’d like to share?

Decay: I’d still like to do as much as possible myself, relying on someone else to execute something properly or do anything at all is usually a headache.

Dead Rhetoric: You have a new drummer in the form of Myles Deck. Do you hope he solves the drummer roulette?

Decay: Myles is the man. I hope he sticks and I don’t see that changing so I think we’re all good now. But if that were to change I’m sure we’d be fine ha-ha.

Dead Rhetoric: Do the regular changes at the drum stool affect your songwriting approach?

Decay: No, almost all of our stuff has been written and demoed as a two-piece with me on drums.

Dead Rhetoric: Tomorrow’s Lost features a lot of the same components you had on your first two albums, but I noticed the vocals were sounding more improved…confident, even. Was there more onus put on them this out?

Decay: I’m always working to get better on the vocals and I think it shows with every release. I am the most happy with Tomorrow’s Lost in every aspect. Ian’s involvement in the producing has also helped with quality control, he’s got a very knowing ear. Another thing is our recording time is usually rushed. We’re always pushing to get everything done by the last day and sometimes we have to settle. We spent some time in a cheaper studio this time around so we could afford a little more time tracking which helped, but we still found ourselves cramming at the end.

Dead Rhetoric: The album sounds the most “old-school” out of your albums. I can’t imagine a Cauldron album with a modern production job…can you?

Decay: No, if we had a record that sounded like a computer it would be like waking up with short hair – that’s my worst nightmare. Our records sound old cause we choose to sound real. We record live together in the same room and everything is natural takes. There’s no drum replacements or post manipulation to suck the life out of it and make it sound fake or computerized like the bulk of shit crap out there today. We leave the human element in and the computer out.

Dead Rhetoric: You covered “Autumn Twilight” by Cathedral, a band that is somewhat out of your comfort zone. What made the song a choice to cover?

Decay: They were one of the main influences when we started Goat Horn so it’s not out of my comfort zone. I feel Cauldron has continued that tradition, only it seems to get buried by Earache cause they want us to fit a certain mold. We have many songs that suit that style; “Cauldron Call,” “Fermenting Enchantress,” “Taken By Desire,” “Relentless Temptress,” etc. We’ve also done Gowan and Venom covers and somehow are able to make them our own. A good song is a good song and I think a good songwriter can take an idea from anywhere and make it their own.

Dead Rhetoric: What are your touring plans for 2013?

Decay: We’re on tour right now til may 18, then we do [Metallica’s] Orion fest in June and we’re still trying to figure out what we’re going to do after that, we have a few options right now… maybe South America. We’ve also got a bunch of new song ideas to keep us busy. 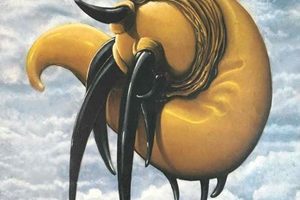 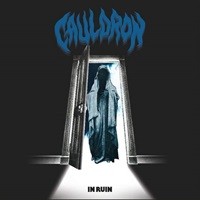