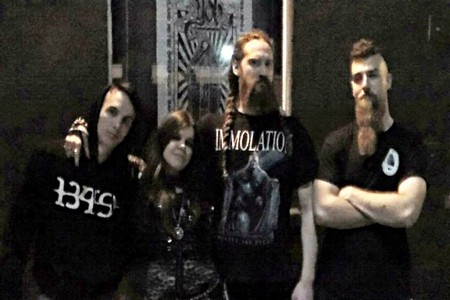 More than once I’ve found myself with an averagely awesome 8/10 rated album, liking it but not being totally awed by it until I find one song that I can’t get enough of. That’s when I remind myself of how one great song is sometimes better than several okay ones and I’ll think, “Why didn’t they do all the songs like this one?” These are some of those songs, some of which I admire and applaud more than some of my favorite albums. That being said, check these tracks out!

1. Emperor – The Majesty of the Nightsky/The Burning Shadows of Silence/I am the Black Wizards (from In the Nightside Eclipse: 20th Year Anniversary)
One of the grandest bands of all time, one the most phenomenal albums of all time, a few of the best songs of all time and the rarest recordings of those songs are right here. The 1993 preproduction rehearsals of “The Majesty of the Nightsky,” “The Burning Shadows of Silence” and “I am the Black Wizards” have been in storage for over 21 years, never before released until 2014, featured on the reissue of In The Nightside Eclipse: 20th Year Anniversary and subtitled “The Akkerhaugen Tapes.” It’s a trip to listen to Emperor’s raw rehearsals from 1993, they’re so unrestrained and reckless! Emperor take us back to the good ol’ church-burning days, literally. In The NightSide Eclipse was originally released in 1994, which happens to be the same year Samoth was sentenced to prison for taking part in the burning of Skjold Church in Vindafjord. Church or without a doubt, these are three of the best songs of the year even if they were recorded over twenty years ago. I couldn’t pick one, not with relics like these.

2. Twilight – Oh Wretched Son (from III: Beneath Trident’s Tomb)
So maybe this isn’t about the Sun (note: spelled “Son”). Still, I love listening to this song on those wretchedly hot days. Why? Because it’s fun to listen to this song while shaking my fist at the sun and wishing for cold weather. It might not make the weather seem any less hot but somehow it does make it more tolerable. So even if it reminds us of the oh-so wretched Sun’s radiating heat, at least an epically sludgy song like “Oh Wretched Son” can make the intolerable more sufferable.

3. Black Crown Initiate – Withering Waves (from The Wreckage of Stars)
This song, I think, displays the best of the best of Black Crown Initiate. It’s got grind-core elements, semi-progressive movement, rough and melodic riffs, harsh and clean vox… indeed, it contains all the finest flavors of BCI.
Best quote of the year: “If Black Crown Initiate were a beer, we’d probably be a black IPA that was aged in an urban barrel. We are dank as fuck, hoppy and fresh but we got that dark, malty, caramely goodness of a stout but with a little bit of vanilla-oak character we like to throw into the barrel. We’d probably be around 11% alcohol and be available at a store near you for $19.99 a bottle!” – Jesse Beahler (drummer of BCI).

4. We All Die Laughing – Thoughtscanning (from Thoughtscanning)
This is technically both a song and an album; at 33 minutes, it’s almost too long to be considered a single yet, since there’s only one track, it’s not quite a full record either. One thing I love about “Thoughtscanning” is how consistently inconsistent it is; the lyrics are moving and the energy is constantly escalating; the overall sound is astoundingly smooth and steady. With all its varied styles, the song ties within itself quite nicely. Some of my favorite parts and/or features include: Arnaud Strobl’s French verses, the rustic and brassy saxophone, the epically poetic lyrics and the musical balance, not to mention the album cover by one of my favorite artists, Maxime Taccardi. Inside and out, Thoughtscanning is a mind-warping experience.

5. Walgefluster – Wenn die Morgensonn (from Meine Fesseln)
This is a fantastic nature-bound folk metal masterpiece. I almost included the album on my top album list but it wouldn’t be the same without this particular song so I isolated it. Wenn die Morgensonn is a heart-wrenching beauty of darkness. I give it high regards as one of the finest nature-bound folk metal songs ever made and one of the best songs of the year.

7. Neige Morte – “…Et Vacuité du Combat” (from Bicephaale)
Though this particular song made some frown upon this album, others saw the mad genius behind it. As I noted in their review, Neige Morte’s vocalist XT screams, wails, groans and coughs. He basically makes every type of unpleasant sound the human voice is capable of and all who are repulsed by it are probably just jealous of his audacious guts. Who else can literally choke like that and still sound as fierce?

8. Ifing – The Stream (from Against this Weald)
Another great nature-bound black metal song is Ifing’s “The Stream.” It’s tempestuous as cold wintry winds, spacious as the sky, delicate as dusk and lovely as autumn trees. Great vocals, great composition, in every way it’s a great song. I admit, one of my favorite parts is the flute solo, but that’s because it’s hard to make a flute solo acceptable or suitable in metal yet here it is magnificent. Meditative, atmospheric and spiritual metal like this deserves to be noticed.

9. 1349 – Godslayer (from Massive Cauldron of Chaos)
Six minutes of satanic verses and a musically excellent song. Two interchanging parts make this song stunning in sound and structure, one of massacring riffs set into invigorating groovy beats and the other mellow with the instruments set in undertones and the lyrics in a soft-spoken chant, which was a rare form to come from 1349. With “Godslayer,” they’ve explored their threshold deeper than ever before.

10. Nachtmysticum – The World We Left Behind (from The World We Left Behind)
Dear Blake Judd, you are a dirtbag but that’s okay. Blake Judd (vocalist/founder of Nachtmystium and founder of Battle Kommand Records) has been known to break promises and rip off dozens of people. He’s earned most his fame for being one of metal’s biggest rip-off artists rather than being recognized for his music. Believe it or not, some people admire him for it while others despise him. Personally, I nothing him. I can say there is one promise Judd kept his word on and that’s the 2014 release, The World We Left Behind, the final album and closure of Nachtmysium. Some of the songs on the album are eh, not great, but I do like the soulfulness of the title track, “The World We Left Behind.” If anything, it shows Judd does have a heart as well as the ability to express his emotions. “Personally, I feel that this record is, without a doubt, the strongest album Nachtmystium has ever produced and for me, it’s a perfect way to say ‘goodbye’ to Nachtmystium.” – Blake Judd 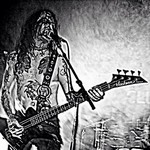 Biggest surprise of 2014: Nightside Over USA. It wasn’t a surprise that this tour was phenomenal, but it was a surprise that I wound up going on the tour. My metal bro Psykho offered me a seat in Ritual Combat/Verräter’s touring van and I accepted his invitation without haste, thus commencing three days backstage one of the grandest tours of the year. Want to know more? Read the article appropriately titled: “Nightside Over USA Tour Adventure and Exploit Extravaganza Featuring Behexen, Sargeist, Ritual Combat, Verräter, and more. July 10th, 2014 – Metro Operahouse, Oakland, CA; July 12th, 2014 – Black Castle, Los Angeles, CA; July 13th, 2014 – Til-Two Club, San Diego, CA.” 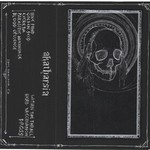 Best newcomer of 2014: Akatharsia. The killer Akatharsia awed the audience when they opened for Behexen in Oakland, which is Akatharsia’s hometown and their only appearance in the Nightside Over USA tour. Their demo tape sold out that very night but I was lucky enough to snag one (hand-numbered 28/200) and glad I did because they’re the most impressive local band I’ve heard in a long time. “Demo” is a raw doom/crust/black metal masterwork. With high expectations, I hope to hear more from these rad Californian bay area black metallers come 2015. Also, if you didn’t get a copy of the demo but would like to check them out, and I highly recommend you do, vinyl pressings are said to be available in January! 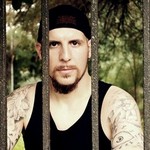 Biggest disappointment of 2014: R.I.P. Marco Gambicchia. Picture this: I’m walking home from work and I find a trail of black crow feathers, thirteen of them to be exact, and a dead bluejay at the end of the trail. It only sounds odd to those unfamiliar to ancient ways of savage/forestry witchcraft. This was surely a death omen and this particular kind of death omen doesn’t have to be someone close; I knew somebody that meant something to me had died, even if that significant something was music.

Shortly after the release of Stigmhate’s Zodacare Od Zodameranu, 25 year-old vocalist/guitarist Marco Gambicchia committed suicide by a fatal jump. This was a hard thing to swallow for his friends, fans, family and bandmates. Here’s a touching statement from guitarist of Stigmhate and close friend of Marco’s: “It’s hard for me write in this moment. Our friend MARCO is passed away. I cannot find the words for to describe the pain and the shock inside me… The silence, the time and the memories I think they are the only cure. I will miss you always.” – Mike. 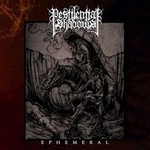 Best album cover of 2014: Pestilential Shadows’ Ephemeral. This is an incredible illustration and it’s very alluring. The highly detailed black/grey/white sketch of a decayed skeleton man with a coffin tied to his back and riding a decrepit hoarse with snakes coiled around its hooves matches wonderfully with the surrounding hazy blood-red frame and the overlaid old-school black metal logo. The best part is it was done by Pestilential Shadows’ main-man Luke Mills, who’s also a freehand tattoo artist. There’s nothing better than musicians who illustrate their own album cover. 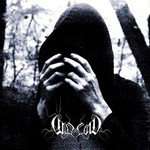 Most anticipated album of 2015: Coldworld. One-man depressive-suicidal black metal band, Georg Börner’s Coldworld, was expected to release his newest album sometime in 2014. Alas, the new year is just around the corner and the new Coldworld album hasn’t come out yet! So, among many other fans, I’ll be keeping a sharp eye out for the upcoming Coldworld release in 2015, title yet to be announced. Always remember, there’s no need to rush when it comes to the delicate and dark arts of DSBM! (Photo below by Georg Börner) 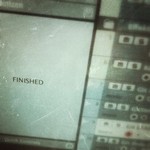