This year has been absolutely insane! I’ve had way too much fun with music over the year. Besides the reviewing, the real excitement began when I unexpectedly jumped on tour with Verrater, Ritual Combat and Behexen. Then, there was the Metal Alliance Tour where I met and interviewed Inferno/Robert of the great Behemoth and Ben of Goatwhore. At Conquerors of the World, I met and interviewed Septicflesh and, later in the evening, chilled with Black Crown Initiate. In every one of these interviews, I learned just about everything there is to know about the bands and their impressive new albums. Later in the year, I ventured to South California where I spent three solid months attending multiple shows and jamming with a few bands throughout LA and San Bernardino. Going from one extreme to the other, there was weekly shows at a warehouse venue called The Black Flame; there was the hectic Knotfest hosted Woodstock-style in the hills of San Bernardino, several stages scattered in the hills with numerous bands playing from morning to night until Slipknot takes the main-stage at midnight; Deicide with Inquisition, Septicflesh and Carach Angren (Ardek and I pictured above) at the Orange County Music Hall; and everything in between. I even made my way to Texas to attend the 10th annual Destroy Texas Fest… how insane is that?

Everything I’ve experienced this year has, in one way or another, affected my perspective in music, strengthened my insight, enhanced my ways of criticism and helped me improve as both a music reviewer and as a musician. Of course, this also influenced what my final best-of 2014 picks are. Some of these albums are more than just great albums, they are sentimental memories. These were chosen on a deep and complex criterion because top-choice music should touch one on a level deeper than how it sounds. For me, music must have qualities like meaning and soul. In other words, besides the obvious fundamentals of good music, it must reflect knowledge and drive emotion. I was overwhelmed by how many great albums were released this year! Not to mention sad how many albums were overlooked, underrated, unrecognized or even unknown. But, a decision had to be made. These are the ones that I could not leave behind. 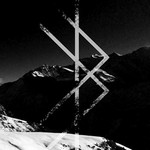 1. Kall – Kall (Self Released) Hypothermia has long been one of my favorite bands of all time. Over the years, I became aware of their associated bands (e.g., Lifelover, Ritualmord and Kall). Earlier this winter, Kall presented their self-titled full-length album, Kall. I contacted the band directly requesting a press release and was pleasantly surprised to receive a positive response within hours. As I said in the review, these tunes are a bitter winter breeze that pierces through the skin and penetrates deep into the soul. Shiver in the iciness of emotional frostbite and shudder in the bewildering chills of Kall. 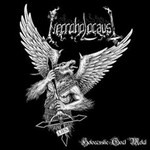 2. Necroholocaust – Holocaustic Goat Metal (Iron Bonehead Productions) What’s impressive about Necroholocaust is the widespread reputation they earned before even releasing a debut album, not until 11 years after their Black Death demo in 2003. Many of us saw “Fuck Norway” bring a lot of attention, love and hate to them back in 2010. Fans and haters alike have awaited Necroholocaust’s debut and as of this year, the wait is over and was well-worth it. Necroholocaust’s newest and first full-length album is much like all their previous smaller works but instead of contributing a song or two in a split, Holocaustic Goat Metal is 40 solid minutes of Necroholocaust’s signature goat metal sickness. Every song here is gnarly as the next and thrilling as the last. 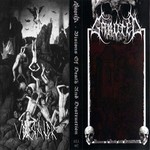 3. Verräter – Verräter (Sordid Curse Productions)/Garoted – Visions of Death & Destruction (Sordid Curse Productions) These are some of the coolest metallers I’ve ever met as well as one of the most kick-ass opening bands I’ve seen this year. If you read my Behexen/Sargesit/Ritual Combat tour article, you know I’ve spent a considerable amount of time with several bands, including Verräter. I couldn’t imagine a better band to be a first-onstage opener for Behexen and Sargeist. These guys are highly impressive both live and on record. This is pure raw, unrestrained, hauntingly dark and densely heavy black metal; the songs are well-composed and the compilation and flow of the album is fantastic; these are just a few reasons why Verräter’s underrated first full-length album, Verräter, is one of my top picks of the year.

Garoted create only the finest bone-crushing, violently grinding death metal. This year, they released their sophomore full-length and it does not disappoint. Featuring members of Verrater, Garoted are among the few true-hearted, hard-rocking, dedicated and talented metal bands, which is why both are included in my top picks of the year. Rage and rock on guys!

P.s., Special thanks to Drew for hooking me up with these tapes! One of my favorite things about Verräter and Visions of Death & Destruction is the pleasure of listening to good ol’ hand-numbered cassette tapes, it brings the music alive. 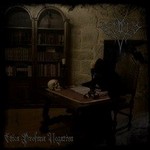 4. Empty – Etica Profana Negativa (Osmose Productions) Featuring voices recorded in an insane asylum, manically depressive lyrics, riffs sharp as a knife and an atmosphere cold as ice, this is music for solitude, isolation and gloomy depression. As dark and mysterious as Drizzt is, I have had the pleasure of speaking to him over the year. All I can say is that Empty’s music comes from a man with a sincerely sorrowful yet passionate heart and a very intelligent mind. I felt the dark presence when I first listened to Empty’s Etica Profana Negativa, but personally getting to know Drizzt assured me of the genuinely dark presence within the music. Made of true sadness and saturated in darkness, Etica Profana Negativa is one of the darkest, coldest and most sorrowful releases of the year, by far one of the best. 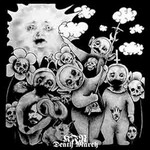 5. K.F.R. – Death March (Self Released) I somewhat witnessed part of the making of this album as I shared haunting stories with Maxime Taccardi (vocalist, multi-instrumentalist and artist of K.F.R.). This is music reaped from trance and reflects images from the abyss, nearly breaking the divide between the living and the dead… “Speaking about death, the other day I had a weird dream about my parents. Since they passed away, I only dreamed of them occasionally, anyway, in this dream, they were waiting for me outside and my father was in a hearse car, they wanted me to join them on a journey. I know it is not my time yet though… So today [November 16th], I spent all my time working on that new song, it is called ‘Death March,’ death’s calling and also the madness that goes with it, the fear of death etc… I dare you to listen to it, this is an experience and it is definitely linked to that dream I had.” – Maxime Taccardi. 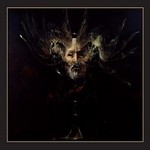 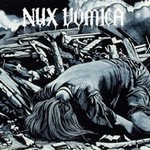 7. Nux Vomica – Nux Vomica (Relapse) With Nux Vomica, it’s impossible to pick a favorite track. I mean, once this record is reeling, it’d be a musical crime to press stop before it’s finished. These three tracks run 44+ minutes, every moment is magnificently epic black metal full of transcendent energy. With mystic and mysterious atmospheres, crusty/sludgy riffs, emotively dark vocals and insane lyrics, Nux Vomica’s self-titled album, Nux Vomica, is fantastic from beginning to end. Every song will be your favorite. 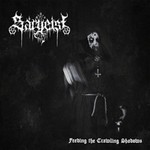 8. Sargeist – Feeding the Crawling Shadows (World Terror Committee) Sargesit = sick. They’re some of Finland’s most illustrious metallers. Let’s break it down, if you’ve heard of Sargeist, you’ve probably also heard of Behexen and One Tail One Head. For the most part, those three bands consist of the same musicians and together they’ve created a grand collection of kick-ass black metal. This year, Sargeist released Feeding the Crawling Shadows and it’s pretty much as fantastically wicked as their other works which is why it made my top list. This extreme black metal is not intended for the weak. 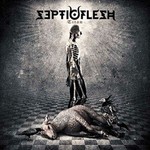 9. Septicflesh – Titan (Season of Mist) As mentioned in my interview with Septicflesh’s bassist and symphony/orchestra composer, Christos Antoniou, Titan is literally Septicflesh’s titanic release, in other words, their biggest release ever. Ten titanic songs on one album called Titan. I am quite fond of many songs on here. Septicflesh have really mastered the art of balancing heavy/doom metal with symphony and orchestra. I don’t think any of Septicflesh’s previous fans were disappointed with this album. Basically, if you dig symphonic doom metal you’ll most likely dig Titan. 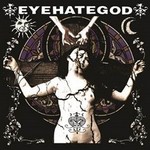 10. Eyehategod – Eyehategod (Housecore Records) I’ve become quite fond of sludge and crust-punk over this year, I’ve acquired a taste for music that is gnarly and nasty as can be, I’d even say I’ve developed a constant need for it. Mike IX is a great vocalist with a voice that is unique, raw and genuine. He’s got that rare slam-poetry style with a badass punky metaller tone. The lyrics are something to appreciate because they’re often based on reality rather than fantasy or stupidity. It’s great to hear music based on topics such as social issues or mental problems, these are songs for thought and open-minded awareness.