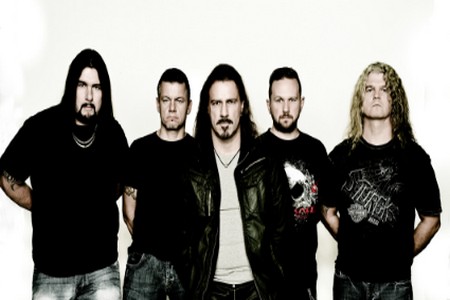 Germany continues to be the centerpiece for heavy metal in the European community. A strong traditional, working class fan base never waver in their love for loudness. When tides shift or styles fall out of favor, chances are there still remains a dedicated denim and leather audience or some small festival that sprouts up because of the passion and lifelong commitment – and you can bet that this country has some stake in the game.

Power metal veterans Brainstorm for instance started in 1989 – and throughout the early 1990’s developed their craft at a time when melodic singers, guitar solos, and twin guitar harmonies fell out of favor. Not to this quintet though- and perseverance has paid off in the form of a commitment that allows us to appreciate new albums, headlining tours, and their eleventh studio album in Scary Creatures.

Gaining the opportunity to speak to one of the founders, guitarist Torsten Ihlenfeld would handle these questions with a soft spoken yet pleasant demeanor. Prepare to go on a history ride with the band, as well as learning a little bit about how the band’s family handles their touring escapades, how they work with the label for special limited edition items to increase awareness, and how the man decided to make the guitar not only an instrument to use in the band but his other career in teaching.

Dead Rhetoric: Scary Creatures is the eleventh Brainstorm studio album – did you ever imagine delivering that many records and songs from your beginnings in 1989? How have you, Milan, and Dieter managed to stay together for all these years?

Torsten Ihlenfeld: Of course we all dreamed of getting that many records out, playing festivals and all that stuff. We could never imagine that it will go and last for so long. One very important thing between Milan, Dieter, and myself is that we built up a real friendship, especially in the beginning between 1989 to 1995 or 1996. It was a hard time for traditional metal and nobody was really interested in what we were doing, but we always believed in ourselves and created new songs, rehearsed day and night and always believed that someday we would go out and make a record. I think that’s one of the main reasons why we are still together and are still friends.

Dead Rhetoric: Where do you see this album stacking up in terms of Brainstorm stylistically? To me it’s a melding of a lot of the classic power trademarks while still being heavy enough to appeal to a younger generation… any special highlights, new recording techniques, or struggles that you had to work through?

Ihlenfeld: No, not really. I think having recorded 11 albums we have managed to build our own studio over the last ten years. We are in a very comfortable situation to be able to record whenever we want and have the knowledge to know what needs to be done to make the recordings sound good- building the right base for our producer to be able to mix and master the album.

Dead Rhetoric: It must have felt very special to add a lot of the band members’ children to the album through the choir work on “We Are”. Who came up with this idea, and how do your respective families feel about Brainstorm as it must be a balancing act as you get older to foster strong relationships as you perform in other countries?

Ihlenfeld: It was Andy that came up with the idea. Actually it is an idea that has been there for a lot of years but we always said that we need the right song to do that. We would not do just whatever song- we must feel that this is the song that needs our children’s choir, and that’s what we had when we wrote “We Are”. It’s one of the first things that we said when we wrote this song, that the choir could fit with our children’s voices. We are very proud that they did such an amazing job.

Of course it’s very important to include your family somehow as far as it is possible and have them stand behind you when you go on tour for weeks and months You are away thousands of kilometers and it’s very hard of course, especially when you have younger children because you miss them as much as they miss you. It’s our love and passion for music that keeps us going- we would miss a big part of our lives if we stopped making music.

Dead Rhetoric: The lyrics tackle a lot of world atrocities that have taken place over the past few centuries. Do you believe that given today’s climate with Isis, terrorist attacks, etc. that history has a way of repeating itself?

Ihlenfeld: Somehow for sure. It’s up to ourselves (to understand) what we make of it and what we learn from the past. People seem to never learn from the past, it’s our duty to not let so many (bad) things happen from the past to not happen again. It’s a difficult effort because you and I know what goes on nowadays and it’s absolutely terrifying. But you can never give up hope because when you give up hope you’re lost anyway.

Dead Rhetoric: Does the label consult with the band regarding some of the special/limited physical editions available of the new record – because a sculpture in the form of the album cover is a pretty ‘metal’ item in my eyes, and love the digipack containing a live DVD of a concert from 2014 where you did Firesoul in its entirety plus other cuts?

Ihlenfeld: Yes, luckily our label follows our ideas and we can talk (often) with the label. The label sees it the same way we do- we want to give the fans the best product possible. Especially nowadays when you have all this downloading and digital sales stuff. We want to give the fans something that is worth buying, and we always try to give back as much as possible for our fans for their loyalty and the long following since 11 albums now. Our label gives us the chance to release the items like the statue or the extra DVD. We are in a pretty good situation.

Dead Rhetoric: Describe the differences in your eyes during Brainstorm’s super productive years when you were on this recording/touring/recording schedule from 1997-2005 (releasing six studio albums in that time) versus taking a three year break with 2008’s Downburst and again in 2014 with Firesoul?

Ihlenfeld: Well, sometimes you have to take a short break! (laughs) For us it was always like, we are not under pressure to do everything in a strict timetable so to speak. When we feel an album needs more time, we take our time. The first break between 2005 and 2008 was not really a break because we released the first DVD (Honey from the B’s) and that took some time to work on plus we re-released the first two albums in 2007. We had been pretty busy so that’s why the album took a little bit longer than usual. The second break you are talking about- when you have in mind that On the Spur of the Moment came out in September of 2011 and Firesoul coming out in the beginning of April 2014, it’s only 2 ½ years and two tours in between- so it doesn’t seem like that long of a break.

Dead Rhetoric: Andy has been with the band since 1999 – would it be safe to say he was your Bruce Dickinson in terms of taking the band to another level, and why did things not work out with Marcus Jürgens and then Henning Basse before Andy stepped in?

Ihlenfeld: That’s a good comparison. That’s what I’ve heard for the first time- you can so definitely (think that way). Andy is an amazing vocalist, he has so much enthusiasm, good ideas and visions of (what) our music should sound like. When we discuss new songs and lyrical themes, it’s always good to see the fire still burns. I cannot imagine having another vocalist to be honest. He’s been in the band now even longer than Marcus. Marcus is more into the melodic side of metal or hard rock, that’s why we decided to go different ways. Henning was only in the band for one tour and we decided not to record an album with him. We were lucky we made the right choice with (Andy).

Dead Rhetoric: Had you been familiar with Andy’s work with Ivanhoe before he joined the band?

Ihlenfeld: Yes, definitely. We are all from the same area so we knew each other before. We had talked before he joined the band about maybe doing something together. As it came we had been searching for a lead vocalist the decision became very easy to go with him. 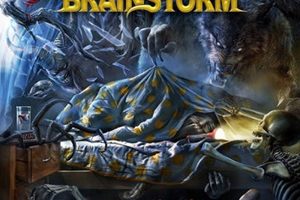 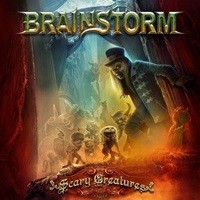 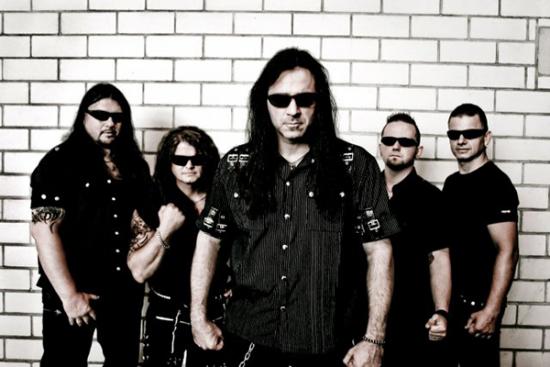