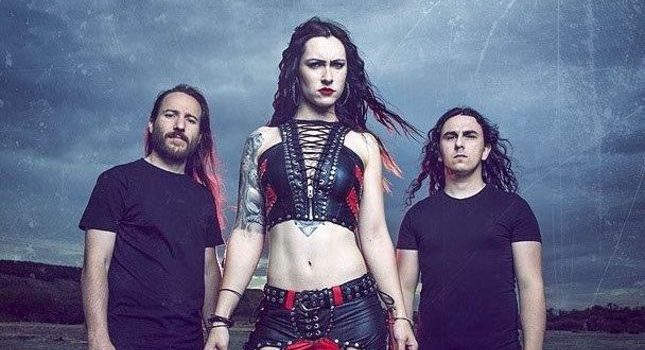 With two albums now under their belt, including last year’s excellent The End of Faith, Bloodhunter have started to make a name for themselves as an act within the extreme metal scene worth paying attention to. An approach that never seems to linger in one area for too long, it’s certainly death metal, but it’s combination of melodic and catchy material with a serious case of brutal bite makes the band stand out a bit. They never succumb to the trends (i.e. clean vocals or keyboards), instead keeping everything on the more snarling end the spectrum.

Released in the fall of 2017, The End of Faith has had a little bit of time to settle in with the band. It’s also had some time to settle with us at DR, so we decided to fire off some questions to learn some more info about the Spanish death metal act. Read on to learn about the band’s feelings on their sophomore effort, their live shows, cover of Death’s “Crystal Mountain,” and what 2018 should bring for them.

Dead Rhetoric: The End of Faith has been out for a few months now – is there anything you’d go back and change?

Diva Satanica: We’ve been working very hard in the last three years to release this album, probably if there was something that we could have changed, we tried it: we wanted a more modern sound and we decided to record this album in a different studio with a different producer, we recruited a new drummer that made a positive impact on the sound, and our skills as musicians have improved since the previous album…so probably not, we tried our best as usual!

Dead Rhetoric: Was the response to the album everything you were hoping for?

Diva Satanica: Even better than expected! We are a young band and this is only our second album, so we knew that it would be hard to get some attention but, due to several circumstances like my appearance in the TV show The Voice Of Spain as the first growler ever (among others), we started to noticed the impact of exploring new paths and reaching different audiences. There are many people that have never listened to extreme metal before and they are buying our albums! Also for the metal listeners things have changed quite a bit, so promoters started to work with us more than before. This is amazing so far!

Dead Rhetoric: What do you feel the main differences were between The End of Faith and your previous release, Bloodhunter?

Fenris: There are many differences between both of them. The main difference would be the sound, because The End of Faith sounds more modern than Bloodhunter. Another big difference is the composition of the songs: our first album is darker and it has many mid-tempo songs. On the other hand, The End of Faith is faster, furious and with more melodies. Also, Diva improved her vocals so much since Bloodhunter, so we all tried to give even more from us to provide an outstanding performance. We always try our best, that is mandatory.

Dead Rhetoric: Do you feel that it’s a bit tough to categorize the band, outside of simply ‘death metal?’

Fenris: Yes, it is, but people need a starting point before listening to your work, so “death metal” is just a starter tag to give you a rough idea of what you are about to listen to. We have influences from many different styles so let’s see what the world says about our style in some years.

Dead Rhetoric: Having a female vocalist in extreme metal, do you feel that sometimes people are too quick to draw Arch Enemy comparisons?

Fenris: Well, the only thing we have in common is a female vocalist, because the music is very different between both bands. We love Arch Enemy, but it has never been such a big influence when creating music.

Dead Rhetoric: How did you end up with Xtreem Music for the release of The End of Faith?

Fenris: We already knew the owner of the company, so we sent him a couple of songs in order to see if he would be interested in releasing The End of Faith. He was interested and his proposal was quite interesting so we decided to release the album with Xtreem Music.

Fenris: We wanted to add a cover song in our live shows and we thought “Crystal Mountain” could fix great among our songs. Our fans love Death and they always request us to play this song so, we decided to record it and add it as an extra song in The End of Faith. It is our small tribute to Chuck Schuldiner.

Dead Rhetoric: Are there other tracks that you’d consider covering the future?

Fenris: We recorded another cover song during The End of Faith recording sessions, which will be released somewhere in the future.

Also, Álex Cappa, who is the producer of the album, called us to record another cover song for a compilation album called Hardcore Hits Cancer. This album is to raise funds for fighting against cancer. There you will find “Bury me an Angel” from Arch Enemy played by us. This album can be bought through their website: https://hardcorehitscancer.org/

Dead Rhetoric: What do you feel are Bloodhunter’s biggest strengths as a band?

Diva Satanica: Maybe the live shows! That’s a thing that only people who came to our shows know, but hopefully they´ve been spreading the word about us. We´ve been receiving a very good feedback from them during the last show. It was the first live show with our new drummer Marcelo Aires and things have changed very much: we sound more powerful and we look fiercer than ever, so probably we can offer now a different experience on stage full of energy. As I told you before, we are very hardworking people, so maybe that’s the most important thing in order to keep the wheel turning.

Diva Satanica: As a fan, I really enjoy when I see a vocalist going crazy on stage, so I´m always trying to communicate with the audience. Wireless devices helps us to move anywhere while we are playing and sometimes I just jump off the stage and start doing moshing or circle-pits. We are pure energy!

Dead Rhetoric: What does the band do for fun outside of playing music?

Diva Satanica: I think we all like to go to other shows but we are very different from each other…We love sports, reading, travelling…In my case, almost everything is related to music.

Dead Rhetoric: What are your plans as we begin 2018?

Fenris: We will be touring around Spain and Portugal playing the new album and we will participate in some summer festivals (Resurrection Fest, Otero Brutal Fest, Iberian Warriors… and more to be announced!). We are planning to start a tour outside Iberian Peninsula, but it would probably be performed during 2019. Also, we started the composition of the third album. 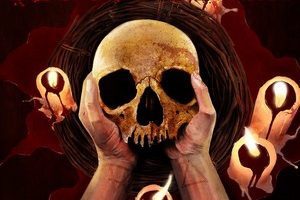