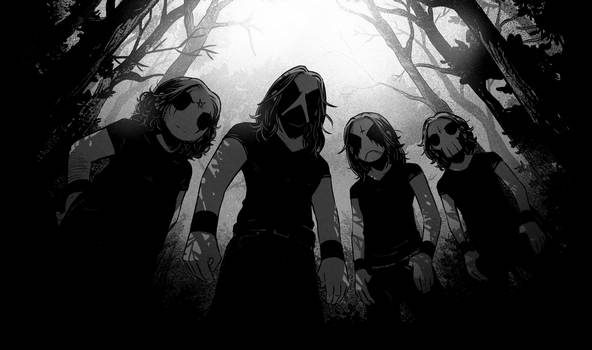 During the spring of this year, we witnessed the release of Belzebubs’ Century Media debut in the form of Pantheon of the Nightside Gods. A lovingly authentic look at the earlier days of the Scandinavian melodic black metal scene, it struck a chord in its emphasis on strong songwriting and powerful atmosphere. We were able to grab a humorous chat with the entire band, who were happy to talk about everything from their humble beginnings to balancing family and black metal, to what they’d like to conquer next after music.

Dead Rhetoric: Could you briefly introduce the band and its origins?

Sløth: Belzebubs was originally formed as a three-piece way back in 2002. A bit by accident, actually.

Hubbath: Yeah, we’re old school buds with Sløth, and naturally hung out thanks to our common interest in the dark arts, metal and D&D. Sløth was this timid, scrawny kid that mostly doodled comics and fake album covers for imaginary bands. That eventually ended up catching our soon-to-be drummer Izkariot’s eye, and he asked if he could join our ”band”. He was a bit older and had cute goth girls swarming all over him, so we what were we to do? Admit that the covers were fake and that there was no group?

Sløth: Hell no. I remember selling a shitload of vinyls, CD’s and comics just to scrape some money to buy my first Ibanez from the pawnshop. The guitar was out of tune for the first six rehearsals or so, and I think Izkariot either played along out of courtesy, or thought we were on to something really…uh, experimental…

Sløth: Later during the year we found Obesyx, and things really picked up composition-wise.

Sløth: Anyhow, Samaël here is our newest recruit, and partly responsible for our resurrection. We’ve had numerous line-up changes in the past, some real problems finding a drummer, but now we’re feeling better than ever.

Dead Rhetoric: What sort of statement does Pantheon of the Nightside Gods make for the band?

Hubbath: Well, it’s a bright, new, blood red dawn for the band at least. Clearly our best album so far, conceived with passion and love.

Obesyx: It’s also a testament to our perseverance, really. We’ve dwelled neck deep in crap for so many years, so it’s rewarding to get this out of the system. This is what we do and we are here to stay. Love it or hate it.

Sløth: Hail Satan to that.

Dead Rhetoric: What does new drummer Samaël bring to Belzebubs?

Sløth: This kid is a beast behind the kit.

Hubbath: Such a talent. He is lifting us to a whole new level with his black magic groove. Putting some prog into the occult!

Obesyx: He’s no Beatrix, but he’s ok [laughs]. Seriously, though, it’s been great to have a new member onboard bringing in fresh ideas and such. Our roots lie in Scandinavian black metal, but when Samaël came onboard he brought in his own perversions.

Hubbath: Indeed. We’ve always been eager to push genre boundaries and do whatever the hell we want, but now with this line-up it’s actually possible. Our current sound falls in somewhere between black metal and death metal, but paired with orchestrations, lush synthscapes, prog, some nightmarish Simon & Garfunkel elements and powerful solos.

Dead Rhetoric: How’d you go about wrangling the large number of guests for Pantheon of the Nightside Gods?

Hubbath: We just asked kindly. Simple as that. Not being a dick will get you far, you know.

Obesyx: The Devil is always a gentleman.

Sløth: Exactly. Turned out many of the guests were our fans already, too, like ICS Vortex for instance. He’d been following us for quite some time and was eager to collaborate. That was a huge honour, of course.

Dead Rhetoric: Was Century Media hesitant to hire you after your fireworks incident?

Sløth: Well…we did get kicked out from the previous label because of that.

Hubbath: And the “Blackened Call” video shoot ended up in flames, too…

Sløth: So I guess Century Media knew what they were getting themselves into.

Hubbath: Come on, it’s a lot easier now that the kids are older. They manage by themselves pretty well, right?

Obesyx: And recruit us new drummers…

Sløth: I love my family more than anything, of course, but I should really have a replica of myself to be able to handle all the tasks needed…

Hubbath: Uhh…would the replica tour with us or stay at home?

Obesyx: “Are you tired of housework? Have no time for vacuuming? The kids make a fucking mess again? Not to worry, Sløthbøt-666 is here, designed to wash the windows and lick your carpet!”

Sløth: I sense Sløthbøt is about to malfunction and rip your fucking tongues out. 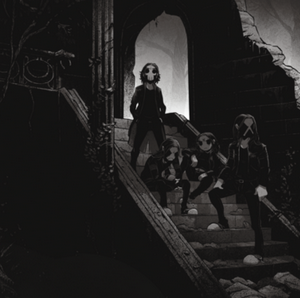 Hubbath: I guess we’ve gotten used to it already.

Obesyx: Of course it sucks not to have any privacy. Screw up and you’re all over the internet immediately.

Hubbath: Yes, YOU indeed are.

Sløth: True, but we strongly believe in openness, too. People think too much about their image and how to present themselves, so we don’t mind revealing the fuck-ups and other negative issues we need to tackle in our daily lives.

Hubbath: Well put. We are laying it all out for you guys.

Obesyx: Let’s see those oiled belzebuns, then, Mr Hunky Hunk. We all know the fans are craving for them.

Dead Rhetoric: Due to the documentary, do you feel that comic fans that may not listen to much metal have still checked the band out?

Sløth: Some are more into the documentary, some into the music, but many seem to enjoy all of it.

Hubbath: I’ve seen a lot of comments like “I don’t listen to black/death metal but I really like this song!”

Obesyx: One by one, they all turn to us…

Dead Rhetoric: There’s a documentary and music – any other arena that you’d like the band to conquer?

Hubbath: We could go into the film industry?

Sløth: Or TV? What could be better reality TV than this, huh?

Hubbath: A winning concept if you’re into extreme metal, occultism and poor puns.

Obesyx: Seriously speaking, though, we’ll just focus on one thing at a time for now. I already have my mind set on the next album.

Dead Rhetoric: What do you love most about black metal? What does the genre mean to you?

Sløth: Well, it’s honest, pure and raw. There is passion, zeal and cold beauty in its swirling chaos.

Hubbath: We grew up with the black metal bands of the 90’s, so it’s all dear to us. It made us the kind of men we are.

Obesyx: I just really dig the black metal girls to be honest.

Samaël: Music itself is the ultimate art form, you know. It has this magical, ethereal mystique, how it resonates, moves, carries information, stories and moods, i-it’s all just fascinating. It’s both personal and public, so you can cherish a song or a tune just by yourself or get an out-of-body experience during a massive live gig with thousands of people. It’s as close to a religious experience as I can get, you know, tapping into that great mother lode of audial black magic and letting the rhythm pulsate throughout your body, the notes sweeping you away with melodies painting unique frescoes inside your fucking mind. Music is language, music is energy, music is life. And to me black metal is just one of the…the…veins which music gushes through. Black metal has it’s own sound and thematic and quirks, but it’s not stagnant. It shouldn’t stagnant, or restricted to a specific mold, otherwise it’d lose its purpose, right? The genre, to me, represents going against the current, using your own brains and standing behind your own decisions. It’s about waving a gigantic middle finger in the face of the prevailing authorities and growling from the bottom of our blackened hearts saying FUCK YOU, you are not the boss of me. And I—oh, sorry, did I interrupt you, Obesyx?

Samaël: I forgot what I was saying.

Dead Rhetoric: What does Belzebubs have planned for 2019?

Obesyx: Writing new music of course! We are hatching something that you are not expecting. You shall all be amazed, I can tell!

Hubbath: Yes, Obesyx’s seventh symphony is coming. You all need to kiss your asses goodbye. 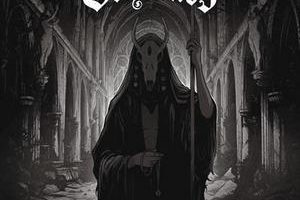