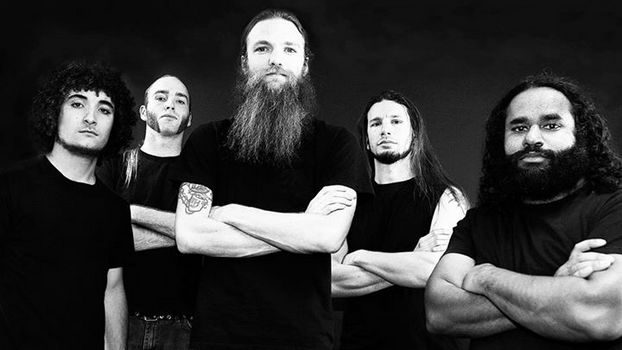 Dead Rhetoric: In terms of where the band is right now – do you have any goals on where you’d like to see the band reach down the road?

Asta: If you ask Hiran [Deraniyagala], he’d say, “I want Battlecross to be a household name.” I can’t disagree with that. However there are steps to get to that point. Realistically, I would like to play anywhere we haven’t played before and hit the towns that people want us to be at. Play in new countries and build up new fanbases – that’s what I look forward to. Maybe play somewhere in Asia, touring in Europe more often…doing more Canadian stuff would be great. We don’t usually get to go through all of Canada, we usually do more of the east side. It would be nice to go all the way through and out west. The last time we did that, I didn’t get to go because I was having my son. I love the Canadian tours – they are great.

I really want to keep writing and take what I hear in my head and play it. To get creative with the guys again, and be in a room with them and jam. The future of Battlecross is getting back to jamming and being creative and organic. Kind of like how it was before our first record. If you look at the history of the line-up, every album has a different drummer. Now we have Brian Zink, who is fucking awesome, and I would just love to write a record with him. And then keep writing records as a five-piece – the same guys…not a different drummer every time. That’s something that would be fun for me. I also want to be out there at the shows and hang out with everybody and show them our appreciation for them being there – and slinging those t-shirts! The more t-shirts people wear, the more the name gets out there and the more shirts people buy, the more gas goes in the tank to get to the next show.

I love having these cool designs – we have a design out right now that says “Motor City Thrash” on the back, and on the front we have this guy who is from like Mad Max meets Freddy Kruger and he is riding a Mustang that looks like it’s from Mad Max or something. It’s just awesome and I love being creative with those designs and keeping that image…that thrashy image to go with it. I want to keep doing more things like that and build that aspect [of the band].

Dead Rhetoric: Do you take a lot of consideration in regards to each piece of merch that you do – to keep a certain level of appeal?

Asta: Yes and no. Because it’s a t-shirt and it’s an income – whatever sells, we are going to make. But we are never going to put something on a shirt that we don’t agree with. For example, I don’t smoke pot but everybody else does. We have these bowls that you only smoke “tobacco” through – I don’t give a fuck. I’m not going to be like, “No we can’t sell those because I don’t smoke.” So it’s like that. But with the t-shirts, we have a beer themed one…I love beer, and people who come to metal shows love beer. The design that it looks like is a beer we like to drink, so it’s a theme…and people like to buy that, so why would we not sell that? Let’s capitalize on that and put some gas in the tank and get to the next show.

So it’s a mix of that, and also getting creative, like the car shirt we just talked about. It’s a proud Detroit kind of thing. That’s what I was going for when I suggested to the artist what to do. I made a few suggestions, like the rat-fink stuff, and he just went balls with it and returned it. We got the colors and it came out awesome. If I have a chance to get involved, and I have a say, then when someone comes up with a great idea – run with it. The more shirts we can get out there, the better. If you talk to any band, t-shirts are a huge source of income for most bands of this type.

Posters are also a big deal – either drawn or computer-enhanced posters, I love those and love to sign them for anyone who wants them. The theme on this one is really cool – it’s a bald eagle with an American flag behind his ass, with fucking five cannons on a tank…and it says Winter Warriors! When our manager hit us up for ideas, I said, “bald eagle with cannons…with an American flag” so she told the guy and he did it! It’s sick! So that’s the new poster/t-shirt. And on the back it says, “Make America Thrash Again.” You gotta hop on that one for a second.

Dead Rhetoric: As you’ve gotten older – you’ve had a child as well – does it get tougher to stay on the road and do touring at the same level as when you started the band?

Asta: Absolutely. If you look at what we have done the last 5-6 years, we started off and then it tapered…then it blew up. We toured constantly for three years. Last year we slowed down a little bit. This year, this is our 4th or 5th tour, compared to nine months out of the year. So it did slow down, but compared to not touring at all, it’s still a lot. So for me, ideally, of course I want to be home with my wife and kid. But I want to be out doing this – it’s the whole purpose of existence. I have to do both, so from my personal point of view, if I can split it equally, then I am golden. As far as what the band demands, that is to be seen. If we get a great offer that we can’t refuse, of course we will do it. If we are looking for something to do and it’s rushed, and we are late, and we don’t get to do it, then it’s okay…I get to stay home for that period of time and wait until something else come up.

On my end, I am just playing the balancing act with the family and the band. I love them both. They are almost two separate things too – but we video chat when I am on the road. It’s always good to see my son. He is starting to get it now, where he looks at the screen and he makes noises at me and babbles. He loves to hold the phone where it’s facing him and runs around. You know how you watch the horror movies when the camera is on them and you see their face as they run through the hallway – he looks like that with the phone. But he’s so cute, because he’s a one year old kid and he’s running around…that cheers me up. I’m like the family guy plus guitar player.

Dead Rhetoric: So what comes next for Battlecross at the end of this tour?

Asta: This tour goes on until December 17th, which is the hometown show at the Token Lounge in Westland, Michigan. We have a special group online called Battlecross Fans Unite, which is people from all over the country and even Canada who will fly in for that show and it’s going to be a big fucking deal. This is like a 400-500 cap room so it will be slamming, and it’s our hometown venue. So everyone has already bought their tickets and it’s going to be an exclusive thing. We’ll have cameras rolling and we are going to record the show. I’m looking forward to that – it will end our year. Then next year, we’ll have stuff that will hopefully happen but can’t talk about yet. Nothing is confirmed yet, but you’ll know soon enough! But like we were talking about earlier with writing in the meantime, we’ll probably do a little bit of this and that but I can’t say for sure when new stuff will come out. 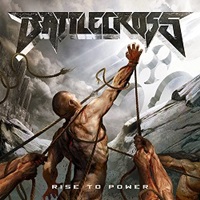