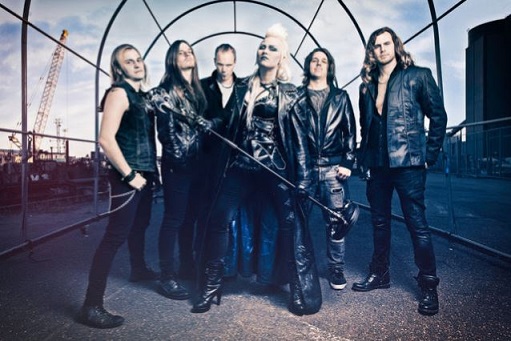 This is the second year in a row Finnish metallers Battle Beast scored a prime opening slot here on North American shores. Last year, the Finns had the honor (or good fortune) of opening for Sabaton, who, on their first North American headlining run, managed to sell out many a venue. It was an optimal boost for Battle Beast as well — it afforded them the chance to make quick inroads in what is a difficult territory to break. This year, they’re out with Kamelot and Delain, two bands also of the melodic thread, but of different approach. Given Kamelot’s growing popularity on this front, Battle Beast find themselves yet again in position to give their North American prospects the necessary surge as they head into the prime of their career.

Battle Beast originally emerged victorious from the inaugural Wacken Metal Battle in 2010, scoring a record deal with Nuclear Blast as a result. Their 2011 Steel debut didn’t move the needle nearly as much as the ensuing self-titled (2013) and Unholy Savior (2015) albums, both aided significantly by the firebrand vocals of Noora Louhimo. After the somewhat acrimonious departure of guitarist/founding member/primary songwriter Anton Kabanen in 2015, Battle Beast now mainly rests in the capable hands of keyboardist Janne Björkroth, who we caught up with prior to their April 26 appearance in Pittsburgh…

Janne Björkroth: Really well; fucking great. I think the audience fits perfectly. Everyone is enjoying our show, so we’re having a really great time here.

Dead Rhetoric: You were here last year with Sabaton and now you’re over with Kamelot. Are you getting used to America? You’re not even 30 yet.

Björkroth: I’m 29 years old. [Laughs] Almost 30. I’m getting there. It’s been amazing. I really like it. It’s so different compared to Europe and the other cities and everything. I try to walk around and see places as much as I can, like, try to walk through the city and if we have an off day, we rent a car and try to wander the city. Today, we walked to the mall, but in many cases, if we are staying in the middle of nothing somewhere, the only thing we can do is take the car to the mall and try to buy something.

Dead Rhetoric: Are you seeing real progress on the American front? The Sabaton tour last year was sold-out in most cities and this tour should do well.

Björkroth: Yeah, it still feels like this tour is as good as the Sabaton was for us also. The audience is amazing for us and I don’t know…there’s a lot of the same places we played on this tour. There’s not as many people, but still, it’s fucking great for us. So, it feels like it’s at least it’s getting better all the time.

Dead Rhetoric: Would you say the Bringer of Pain tour cycle has been your busiest?

Dead Rhetoric: Can you describe the comfort level with Noora now? This is her third album with Battle Beast.

Björkroth: Album by album, it’s always getting easier because people get to know each other. I produced the vocals on this album and it’s easier all the time. The more we do, the easier it gets. We know what we can do and what we cannot do. It’s getting faster and more professional that process, writing and doing the lyrics and recording vocals. Noora, she’s an amazing singer. She’s developing all the time and we’re finding more and more from her voice. She feels like she’s also learning all the time more and more and wants to go all the time, give everything she’s got even more.

Dead Rhetoric: You wrote a good chunk of the material on Bringer of Pain. Did Noora surprise you at all during the album’s recording?

Björkroth: I wrote half the songs. She surprises me all the time, especially with the high screams, like ‘You can go that high?’ There’s always something new she can do. We try not to focus on writing too high of stuff, but whenever Noora felt like she could give it something more, we were really open. If she wants to modify a melody and go higher, we were like ‘Fuck yeah. Go higher.’ Actually, I think that’s the way it works with Noora also. She’s really happy when she can modify the melodies a little bit and give it her own stamp.

Dead Rhetoric: When you listen to her, it almost sounds like you could treat her as a male vocalist, she’s that powerful, don’t you think?

Björkroth: Yeah, it feels like she’s got balls or something. [Laughs] But, also there’s the super-feminine side in her voice also. She can sing super-beautiful as well and I like that she can scream like hell and suddenly go back to the really beautiful stuff. She’s an amazing singer.

Dead Rhetoric: Bringer of Pain was the first album with Anton and of course, there was a lot made out of it. Being that you took on the role as primary songwriter and the album has been successful, what does that mean to you?

Björkroth: Of course, it feels really great, like “Okay, people like my songs as much as Anton’s.” Before, we didn’t have the chance to write the music. Anton wanted to keep all the strings in his hands and it was really hard to cooperate with him. Now, it’s more like, everybody can write songs and then we can just pick all the best ones we want.

Dead Rhetoric: Because Anton wrote all of the songs before, were you sitting on a lot of songs for a while?

Björkroth: Actually, during that time, I didn’t even try to write songs for Battle Beast. I was focusing on other things. I really love writing pop songs and working in my own studio and focus on completely different stuff. But, when the band decided that ‘Okay, that’s enough, we cannot continue with Anton.” Then, of course, I had to start writing Battle Beast songs. I’ve been writing songs for a really long time, but only after when Anton was kicked out, I started writing songs for Battle Beast, but not before.

Dead Rhetoric: Have you listened to (Kabanen’s new outfit) Beast in Black yet?

Björkroth: I’ve heard the singles, like what was the name of the song? The video that had the castle. It’s a great song, but Anton is an amazing songwriter. I think that’s better for everyone and also for Anton now that he has his own band and he can do everything by himself and that’s a much better situation for him.

Dead Rhetoric: You’re so diplomatic and nice about this.

Björkroth: I feel that’s the way he should be working. The band is so old and everybody grew together, so it was a really tough situation. It didn’t feel right that Anton wanted to make every decision. That’s not the way it should be. Now he can do that and we can act as a democratic band, or whatever you want to call it.

Dead Rhetoric: Your brother Joona replaced Anton. What’s that like having him in Battle Beast?

Björkroth: We’ve always been playing together. Before Battle Beast, we did parody, cover gigs in Finland like weddings and birthday parties. As long as I can remember, we’ve played together. It was natural. It was really natural. Like, “Okay, now we’re playing together again.” I think it’s really cool. We have a long history, of course.

Dead Rhetoric: You release an album every-other-year, so, are you thinking about new songs yet?

Björkroth: Yes, I’ve been trying to write as many songs as I can. But, also, we are now building a studio in Helsinki and we have a new space there and we are still missing some things. I’ve been focusing on building a studio and it’s been really tough. After this tour, I’m going to sit down in those next weeks and finish all the ideas I have. Then, we’ll start tracking the drums and that stuff. Actually, it’s super-easy for us since we can leave the drums there and we don’t have to record everything in five days. We can separate things and make the schedule to fit everyone’s availability. If you get new song ideas, you can bring them into the studio. I really like to work like that.

Dead Rhetoric: Without giving away too much, what’s the direction of the new Battle Beast songs?

Björkroth: I don’t know, actually. [Laughs] I don’t want to stick in any kind of general direction. I just want to make good songs. It’s hard to tell yet. [Laughs] I think it’s going to be more like Bringer of Pain and not like the previous albums. We want to take it further. I don’t know…let’s see.

Dead Rhetoric: It’s very difficult to write a catchy, three or four-minute song, though. People often don’t understand how hard it is to write songs like that.

Björkroth: I definitely try to focus on bringing in a couple of “hits” to the album. I really want to do that. And maybe we’ll do something new. It would be great to have something in major key or something. [Laughs]

Dead Rhetoric: You need a sprawling 13-minute epic song to close out the album. 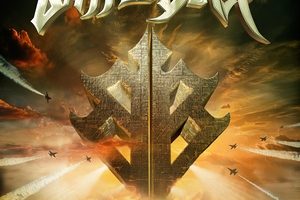