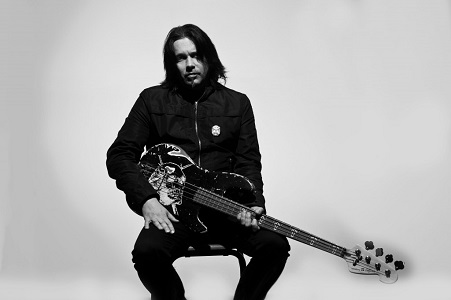 Edling: Exactly. She’s got the timbre and the tone that is really magical. It’s a joy to write a song like “Bird of Prey.” It was a joy to write the verse with Jennie and the soft piano parts. I really like how she sings it. What can I say? With Avatarium we can really experiment. We can have Marcus come in and have excellent guitar work and Jennie will always do wonders with the vocals. To me, I have a bigger box than with Candlemass. You have a bigger canvas for stuff to paint with. You can do these piano parts and soft verses and use a much more organic palette to paint with.

Candlemass has so much metal in the music – we play epic doom metal. With Avatarium, I don’t find a big, huge metal part. It’s much more early 70’s heavy rock combined with some folk, traditional, and prog. With Avatarium you don’t have that big metal element. It’s cool with me – I can try different things, and with the next album, it will be even more experimental.

Dead Rhetoric: You’ve worked with some pretty high-profile singers: Messiah [Marcolin], Robert [Lowe], and now Mats [Leven]. Was she easier to work with than some of those guys?

Edling: Yes and no. I didn’t know Jennie at all. She came down and she had to listen to my ideas about the songs. At the same time, it was the first album she recorded, so she was a bit nervous, and naturally so. She did some of the vocals which wasn’t really necessary, but because she is a little untried, she wanted to. It’s totally okay; it’s always the end result that counts. It took a little bit longer time to the do vocals. Still, it sounds fucking marvelous. You cannot knock that. Robert for example, he would sing that stuff in a tenth of the time. [laughs] That’s not always a good thing to make it too quick. If you’re slow or you’re quick – it doesn’t really matter.

Dead Rhetoric: Next to Krux, the last new band you launched was Abstrakt Algebra, which was 20 years ago. For you, what are the differences in launching one today, versus back then?

Dead Rhetoric: If you think about when you launched Abstrakt, it was hard because you had all of this success with Candlemass and people wanted one thing from you. So now because of time, it might be a bit different.

Edling: The thing is I can think about is what you’re aiming at is that it’s a little harder getting a record deal today, and to get signed by a bigger label. It’s a relief to be a signed by a label if you don’t expect anything, if you’re okay with 2,000 Euros or 3,000 Euros…maybe $5,000. Something like that, and then they expect you to make an album and it’s really hard to make an album. And somebody is expecting to make money from [it]. But I understand it because of the downloading. It’s not easy to get a record deal and I felt it when we talked to some labels and what they offered you. At the same time, you understand them. But you need money to record a decent album.

I’m going to use old-school studios. I’m going to do it the old-fashioned way with real drums and a real studio, but it’s not easy when you’re offered $5,000 and it has to be enough to record and mix the album. I can’t really work like that, but I’m not making excuses. I want the album to sound good and then you have to have a real mix. I want the drums to sound good, but you have to record those in the studio. There’s no way around it. The album will cost $10 – $15,000 dollars. That’s just how it is. [laughs] I’m not making any money out of that. [laughs] Back in the day, it wasn’t difficult to get $20,000 to record.

Dead Rhetoric: Moving along to Candlemass. You’re strictly a live act, but are you worried about being tagged as a nostalgia act going forward?

Edling: Not really, because people like the newer albums. People really shout for “Black Dwarf” and “Emperor of the Void” and stuff from the latest album. With Mats now as the singer, we played a lot gigs this year and they went fucking great. We got such great reviews and now we’re back to headlining festivals and co-headlining. This year has been a fantastic year for Candlemass. Now the gigs are flowing in for next year. They want us to go Australia for the first time and we have two suggestions for South America, and maybe if we want to tour the States again.

The States are difficult. The last tour wasn’t that good and now I hear we should have gone with a different promoter. I’m not looking to dig for anything. [laughs] If the right proposal comes up, I’m sure we’ll be over there.  The States were always tricky. You need a nice package. A big American band, like I don’t know…a package like Mastodon, Candlemass, and Ghost. We’re huge Ghost fans in Candlemass, and I know the Pope [Emeritus] likes us. [laughs]

Dead Rhetoric: The singer switch last year took some people by surprise, including me. However, I saw you in Cleveland in 2008 and I remember Robert reading the lyrics from a notebook while on stage and it bothered me. Was it a long time coming to make a change?

Edling: I would say that. Robert was not easy to deal [with] and he could have learned the lyrics.

Dead Rhetoric: He was reading some of the classics. I think the crowd knew them better than he did.

Edling: Yeah, yeah, I know. I would say that after every gig. Still, he has an amazing voice. He’s one of the best singers in the world at that. He has a gift from God, but working with Mats now – he’s a true professional. He can sing every Candlemass song inside out and he can do it as good, if not better than Robert or Messiah, or whoever. These gigs we’ve done lately have been fucking tremendous. I can’t praise Mats enough. Maybe we should have approached him earlier. [laughs]

Dead Rhetoric: I have to ask: You’re playing Ancient Dreams in full now, but it’s no secret it’s not one of your favorite Candlemass albums. Revisiting that album after 25 years, has it given you a different perspective?

Edling: A little bit. Now when we remastered the album and it sounds a bit better now, I’m more at peace with the album. There were too many problems going on at the time, so you don’t have this great sound. We haven’t played those songs so much live. We played a lot of songs live with Candlemass over the past few years, but we haven’t done too many off Ancient Dreams. It feels like a fresh area to go to, to play like “Battle of Cain.” We’ve never played “Incarnation of Evil” live. When we played “Darkness in Paradise” in Stockholm, people were yelling…they’ve never heard it live. People loved it. I’m looking forward to it, but of course, we need to rehearse like idiots. [laughs] 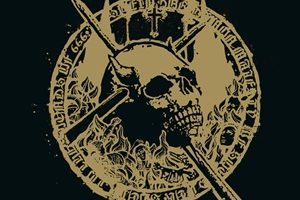 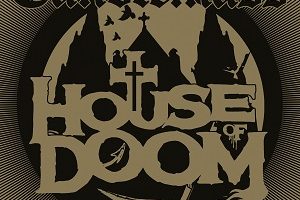