With the fall bounty now seated directly in front of us, there are plenty of albums in need of some attention. Doing our best to keep up with the massive influx of new music at this point, we at DR present you with 15 new cuts of varying quality from the skippable to the mandatory. This month, we tackle releases from Bjarm, Cancer, Circle II Circle, Crystal Eyes, Holy Tongues, I Omega, Lelahell, Martelo Negro, Morgoth (pictured above), Project Terror, Protestant, Swashbuckle, Take Over and Destroy, The King is Blind, and Winter Gate. 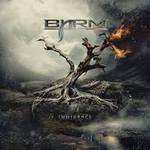 Bjarm – Imminence (Fono Ltd)
Say, do you like Dimmu Borgir? Chances are if you enjoy a bit of DB from time to time, you are going to just love Bjarm. These Russians have the DB sound down to a tee with Imminence, be it for better or worse. The only discernable difference is Bjarm’s use of clean female vocals (as opposed to male ones). The entire album is quite well composed and thought-out, and they avoid making “epic” length tracks that wear out their welcome. As a debut, the “wearing influences on their sleeves” is more forgivable, but hopefully they can show more of their own identity on the inevitable follow-up. – Kyle McGinn
(Bjarm on Facebook) 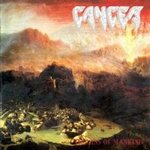 Cancer – The Sins of Mankind Reissue (Cyclone Empire)
Cancer’s third album saw the band join forces with Barry Savage after the departure of James Murphy. There is more of a thrash element to this album than Cancer’s previous two albums, weaving them ever so slightly away from the rest of their death metal brethren at the time. It’s pretty riff-centric for the most part, with some highlights being “Tribal Bloodshed Part II” and “Electro-Convulsive Therapy.” While the leads may not measure up to Murphy’s on Death Shall Rise, they get the job done. All three of these Cancer albums are certainly worth revisiting and still hold up pretty well today, and this particular re-issue has demo tracks of the first two songs, “Cloak of Darkness” and “Electro-Convulsive Therapy.” – Kyle McGinn (Cancer on Facebook) 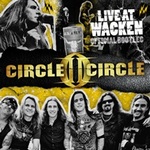 Circle II Circle – Live at Wacken (Official Bootleg) (Armoury)
Recorded at Germany’s biggest summer festival running in 2012, Live at Wacken is an 8 song journey back to the Savatage album The Wake of Magellan. This 1997 concept record went over very well in mainland Europe, and it’s nice to hear Zak Stevens and his compatriots unleash the power, fury, and theatricality of “Turns to Me”, the ballad “Anymore”, and epic centerpiece “The Hourglass” for such a large audience. Hearing that there’s a Savatage reunion headlining show at Wacken 2015 makes the ears and brain abuzz, so get yourself primed with this record. – Matt Coe (Circle II Circle official website) 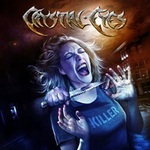 Crystal Eyes – Killer (Massacre)
The seventh album from Sweden’s Crystal Eyes is their first in six years, and latest with long-time guitarist Mikael Dahl taking over fully on vocals in just over a decade. Power metal is the calling card this quartet deal forth, the type that Judas Priest, Iron Savior, and Iron Maiden have inspired for decades. Mikael hits some stratospheric falsetto opening notes on the double bass fueled “Hail the Fallen”, while the musicians gallop, harmonize, and spit out a variety of anthems that promote air guitar, air drumming, and thousands of fists in the air at festivals. “Solar Mariner” and the addictive Accept meets Gamma Ray-like “Spotlight Rebel” should keep the movement vibrant and alive. – Matt Coe (Crystal Eyes official website) 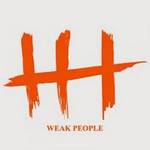 Holy Tongues – Weak People (Melotov Records)
Comprised of some dudes who used to hold court in Baltimore’s Ruiner, a well-respected hardcore band who made some headway in the previous decade, Holy Tongues have a nice thing going with the post-rock filtered Weak People. Not terribly metal, but certifiably sludgy in spots (think of all these recent sludge bands, just without the mindless feedback overload), Holy Tongues make quick, effective work of cuts such as the bright “Filters,” and brash “Smoker.” More importantly, Weak People is a bitter, oftentimes biting album, keeping in line with similar frustrations and emotions created during Ruiner. – David E. Gehlke (Holy Tongues at Bandcamp) 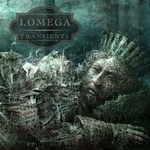 I, Omega – Transients (Bullet Tooth)
More mangling of the term “progressive metal,” which is a total misnomer for the hacks that comprise of California’s I, Omega, who are about the 900th band to stick “I” in front of their name in an effort to be clever. Make no mistake – there’s plenty of noodly, somewhat impressive guitar pyro going down across Transients, but as long as folks have to grapple with the whiny, very EMO vocal approach of Clay Nevels, who is a routinely ruins basically every song here. Sort of like an 83rd rate version of Protest the Hero and Blessthefall (who are as equally as dreadful), I, Omega and friends should hopefully stay sequestered in the 18-and-younger crowd. Pass. All the way. – David E. Gehlke (I, Omega on Facebook) 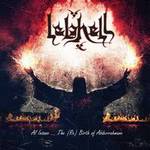 Lelahell – Al Insane…The Rebirth of Abderrahmane (Horror Pain Gore Death Productions)
Algeria’s Lelahell showcase frenetic death metal at its finest on Al Insane. Influenced by Nile, Hate Eternal, and the rest of the ‘blastbeat until death’ crew, there is much attention paid to the technical riffing and leadwork. In an album drenched in as much speed as this is, it is the fretwork and slight eastern vibes that come into play that keeps it from turning into 10 variants on the same song. It’s still an intense and exhaustive listen, but worth the trip if you are into that sort of thing. Easily the most brutal of this bunch. – Kyle McGinn (Lelahell on Facebook) 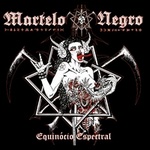 Martelo Negro – Equinocio Espectral (HellProd)
Falling somewhere in the sphere of black, thrash, speed, and death lies Martelo Negro (formed in 2006 as Black Hammer). There’s a definitive old school feel to the band on their second album and the mix of genres makes it a true challenge as to which of the above Martelo Negro belongs mostly to. Labels aside, most tracks race forward, with songs like “Un Dia em Texas” showing the band’s rollicking thrashy melodies and others like “Caronte” offer some massive groove. Things are rounded out by the upfront growls that come across as intelligible yet menacing. A nice throwback. – Kyle McGinn (Martelo Negro on Facebook) 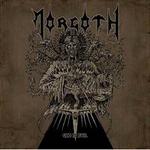 Morgoth – God is Evil (Century Media)
Next up in the “reformation” category is Morgoth, who previously tossed in the towel 17 years ago. God is Evil is simply a two-song teaser meant to wet the appetite before next year’s Ungod hits the streets. If these two songs serve as an accurate taste of the album to come, Morgoth should have an old-school death metal album winner on their hands. Memorable riffs and groove, solid vocal rasps, this does rock like the Morgoth of old. Everyone loves a “comeback,” and this one is looking to seal the deal for many next year. – Kyle McGinn (Morgoth on Facebook) 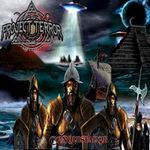 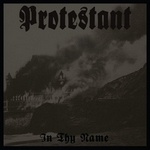 Protestant – In Thy Name (Throatruiner)
Probably the most metal thing these guys have done (DR professes to be just a passer-by), In Thy Name finds this Milwaukee-based crust-punk-metal (as of late) crew doling out eight cuts that are here and gone before one has a time to finish his sandwich. But, the vitriol is there, and it’s somewhat flavorful and well-directed, like on “In Thy Name (Hell’s Insanity),” where Protestant’s utter rawness and dirty riff sensibilities make things happen. (“Blood” is also pretty cool, in a sludgy sort of way.) This sort of stuff is certainly more about the right ‘tude than musicianship, so let’s not allow the band’s occasional sloppy approach get in the way of things, shall we? – David E. Gehlke (Protestant on Facebook) 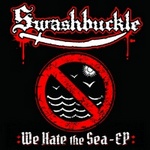 Swashbuckle – We Hate the Sea (Get This Right Records)
Another bigger band usually not relegated to this column, but there’s only so much that can be said about 4 songs that add up to about 7 minutes. Swashbuckle’s thrashy pirate themed metal is in full force on these tracks though. All four are certain to fuel some rage, and let’s face it, a song entitled “Poop Deck Toilet Wreck” is bound to give you a case of the giggles. Even though there’s not much new material here, it should be enough to give us landlubbers something to smile about until the band’s next full length. – Kyle McGinn (Swashbuckle on Facebook) 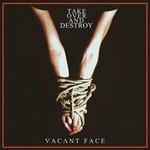 Take Over and Destroy – Vacant Face (Comfort Point Records)
Blending together death metal (and death ‘n roll), occult 70’s vibes, NWOBHM, and gothic into something cohesive takes some major finesse. While there are some points on Vacant Face that pull it off to a tee (“Summer Isle,” “Where Seasons Lay”), much of the album just starts to seem disjointed. The organ is an interesting facet of the band, as are the gothic-tinged clean vocals, but the transitions to more deathly territory make it seem like the band isn’t quite sure what direction that they want to go in and can feel like a different band if you skip track to track. If the band could streamline the process a bit, there’s much to like about the potential of where things could head, but you might want to let this one simmer. – Kyle McGinn (Take Over and Destroy on Facebook) 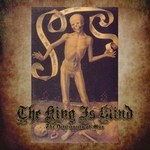 The King is Blind – The Deficiencies of Man (Mordgrimm)
The second EP this year from the “supergroup” containing ex-members of Entwined, Cradle of Filth, and Extreme Noise Terror. There’s a lot of variation in their brand of death metal, acknowledging the old (i.e. Bolt Thrower, Entombed) while keepings modern on the production end. Things shift from the fast and furious to the slow and doomy, without the band missing a step. All in all, a band with some potential and their debut full-length should be interesting to see what they can do with the format. – Kyle McGinn (The King is Blind on Facebook) 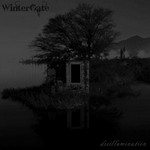 Winter Gate – DisIllumination (Transcending Obscurity)
India’s Winter Gate play melodic death metal that owes much of it’s sound to Sweden. A diverse mix of influences, with Katatonia, Opeth, Edge of Sanity, and Entombed rising to the top of the pecking order. DisIllumination is really two songs (plus a short intro), with both songs hitting over the 10-minute mark. There’s a lot going on in each track, going from doomy-death to acoustic breaks to crunchy death metal riffs. There’s potential here, but some of it meanders longer than it should and some of the transitions need more flushing out. A full-length is forthcoming at some point, and it will be worth seeing if they have smoothed things a bit. – Kyle McGinn (Winter Gate on Facebook)