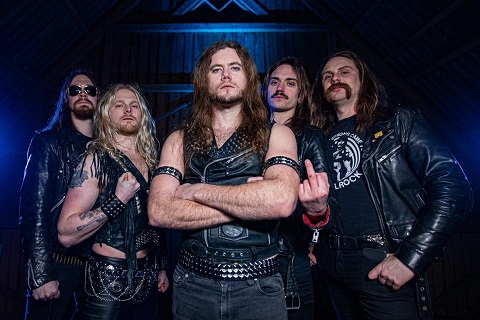 Precarious times these are. The Dead Rhetoric staff hopes everyone is staying safe and practicing proper social distancing and health protocol. For this month’s Rapid Fires, our short review column, we have the usual promenade of bands that traverse all forms of metal. Up for debate this month is Aborted, Ambush (pictured), Aspired Infliction, Bombs of Hades, Errant, Justify Rebellion, Miracle Flair, Myth of I, Senescere, Skyryder, Soliloquium, Titaan, Wardaemonic, Wayward Dawn 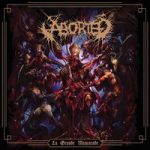 Aborted – La Grande Mascarade (Century Media)
Coming at us with a short, but devilishly sweet release is that of Aborted. There’s only three tracks to behold, but as the first release since 2018’s Terrorvision, it continues to showcase the band at the top of their game. All three tracks absolutely bludgeon the listener, peppering them in blastbeats, chunky grooves, and everything else the band has become known for in recent years. Pleasantly, there’s some unique vibes to each of the tracks to make them stand out a bit in doling out brutality. It whets the appetite for a new full-length for sure, but fans are still going to get plenty of mileage out of this one as a whole. – Kyle McGinn (Aborted on Facebook) 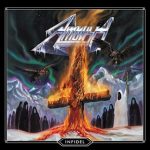 Ambush – Infidel (High Roller)
You would not be at fault for confusing Ambush with the likes of their fellow Swedish countrymen Enforcer and RAM. All three are cut from the same high-energy, traditional metal cloth; essentially the intersection of power and speed metal without leaning too far to one side. Infidel is Ambush’s first studio foray in five years, producing ten songs of all gusto, bravado and high-flying choruses, owed largely to the tightrope-walking vocals of Oskar Jacobsson. Point being, if you felt let down by Enforcer’s iffy Zenith from last year, then Infidel should cut it. – David E. Gehlke (Infidel Facebook) 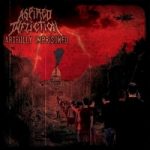 Aspired Infliction – Artfully Imprisoned (Self-Released)
A pretty quick turn around (considering the time needed to craft 2018’s The Undying), Aspired Infliction are back once again to deliver the melodic death metal goods. Just like their previous release, there’s a great combination of both elegant melodic death metal riffing and some straight up American groove going on. It gives it a bit of grit to hold onto while the melodies take hold, and a further lasting appeal. While it’s not really anything too far outside the melodeath playbook, the songwriting has been given more than its due diligence, which makes Artfully Imprisoned worth a gander if you dig this style. – Kyle McGinn (Aspired Infliction on Facebook) 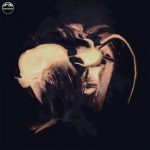 Bombs of Hades – Phantom Bell EP (Black Lodge)
Fronted by the semi-ubiquitous Jonas Stålhammar (At the Gates, God Macabre, ex-The Crown), Bombs of Hades is yet another in a long line of Swedish bands just kicking out the crusty death metal jams for the sake of kicking out the crusty death metal jams. There’s a certain swing and punk undertone to some of these cuts, namely the opening title track, but the proto-doom pull of “Kamikaze” adds some much-needed flavor to an otherwise unremarkable four-song EP. – David E. Gehlke (Bombs of Hades Facebook) 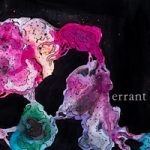 Errant – Errant (Self-Released)
A new project from Rae Amitay (Immortal Bird, Thrawsunblat), Errant runs with both venom and melancholy. Pleasingly tough to nail down, genre-wise, it covers quite a bit of extreme metal range while keeping sorrow a focal point. A good chunk of experimentation is done as well (see “Oneirodynia”) and the closing “Saturday Savior” (Failure cover), which allows Amitay to showcase a different musical side to herself. If you’ve checked out any of her band works in the past, you’ll undoubtedly be pleased with what Errant has to offer. – Kyle McGinn (Errant on Facebook) 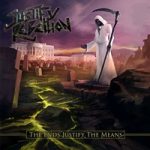 Justify Rebellion – The Ends Justify the Means (Mighty Music)
Inspired by many different big bands domestic and abroad, Danish quartet Justify Rebellion synthesize a love of melodic hard rock, groove-oriented metal, and a bit of 80’s/90’s thrash on their second full-length The Ends Justify the Means. Between the forceful, Hetfield-like semi-roar out of guitarist Lukas Rautenberg and the larger than life musical hooks, bluesy-oriented lead breaks, and just potent, slamming tempos – this record throws the kitchen sink out in terms of catchy parts while retaining a level of heaviness that rears back for everything from Black Sabbath to Volbeat, Metallica to even Slipknot. Songs like the heads down crunchy “Prisoner in Time” and slower, militant “Salvation” will get maniacs headbanging and go over like gangbusters when served at peak volumes on live stages worldwide. Another younger act well deserving of bigger opportunities based on their skillset and songwriting abilities. – Matt Coe (Justify Rebellion on Facebook) 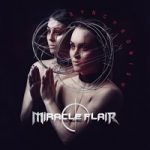 Miracle Flair – Synchronism (Massacre Records)
The third album from this Swiss/German combo, Miracle Flair on Synchronism continue to expand on their modern melodic metal path through these eleven tracks (twelve if you get the digital only “In Love and Hate” retrowave remix). Intertwining everything from symphonic metal to industrial/alternative and modern hard rock influences, the sultry voice of Nicole Hartmann plus the propulsive, occasional progressive phrasing and versatility of guitarist Daniel Maurizi gives songs like “What Remains” and “Presence of Death” depth and vitality. Electricity, energy, pep, and dynamic songwriting will keep most coming back – the emphasis on catchy musical hooks and engaging vocal melodies prove Miracle Flair are ready to move up the ranks. “Torture Myself” has a bit of 80’s Ozzy flash against the heaviness and lush orchestration during the chorus, while “In Love and Hate” has those Amaranthe-like qualities to become a fan favorite. Worth investigation. – Matt Coe (Miracle Flair official website) 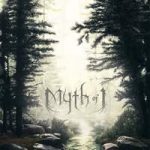 Myth of I – Myth of I (The Artisan Era)
Proggy, technical instrumental metal that also caters to a more atmospheric vibe. That’s the easiest way to sum up Myth of I’s self-titled release. The musicianship is quite impressive and expansive, with the band dipping their toes into death metal, jazz, and symphonic material. The synths aid in offering more ambience to the act, as do some standout melodies. But if there’s one downfall, it’s the length of Myth of I that holds it back – there’s just too much to soak in with the near 50-minute runtime. Recommended only for those who really want to dive into the intricate song arrangements. – Kyle McGinn (Myth of I on Facebook) 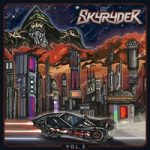 Skyryder – Volume 2 (High Roller Records)
The list of new purveyors in the old school heavy metal movement is strong – add UK act Skyryder to another rising band to watch through their second volume of material. Five more tracks of traditional-sounding guitars, catchy as hell hooks and melodies, plus potent harmonies and powerhouse vocals topping off the proceedings. Containing calmer, atmospheric strains to start with “Virtual Humanity” while containing some Omen-esque epic aspects with galloping twin guitars and battle tested tempos for “Mistress of Darkness”, expect Keep It True/Brofest style festival audiences to add Skyryder to the top of their playlists – and cause people to break out their favored Iron Maiden/NWOBHM-style records again and again. Primal tones aid the throwback cause – let’s hope Volume 3 is a full-length as this is a solid band who can certain fill out both sides of vinyl with original compositions that get the job done. – Matt Coe (Skyryder on Facebook) 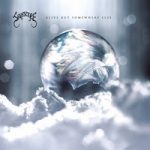 Senescere – Alive But Somewhere Else (Self-Released)
Nothing like a little gloomy melodeath to get one captivated quickly. Senescere benefit from a bit of a unique sound that merges the majestic sorrow of acts like Insomnium and combines it with an equally depressive Katatonia vibe. That’s not even the half of it, but you can start to get an idea, as some more upbeat and triumphant segments are also brought in here and there to keep it from being a solely melancholic trip. The melodies all work, and the diversity keeps interest at a high as the album progresses, even including a fair number of clean vocals too, which tastefully avoid that commercial vibe. A very interesting, under the radar release that’s worth looking into if any of the above picques your interest. – Kyle McGinn (Senescere on Facebook) 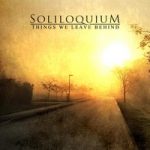 Soliloquium – Things We Leave Behind (Rain Without End)
Ushering in doom/death splendor, Soliloquium continue to impress with their balance of heavy and downtrodden melodies. Falling into that Rapture and older Katatonia mold, there’s a nice division between soft, gentle moments and oppressive doomy ones. In either regard, the melodies stand out – bringing the listener into a reflective stance. There’s a lot of atmosphere and emotion to take in, and while the band doesn’t have the stature of some of the bigger names in the genre, they provide an experience that is just as moving and thunderous. – Kyle McGinn (Soliloquium on Facebook) 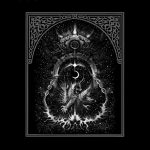 Titaan – Itima (ATMF)
Devoid of convention or form, for that matter, Titaan’s second album, Itima, is a singular 46-minute track that is black metal at its most warped. While most of us are aware of who currently occupies such spaces (or voids) within black metal, Titaan proves capable of accentuating tunnel-blazed riffing with abyssal vocals for a sound that is inhuman. But, that’s the point — at the album’s conclusion, there’s nothing left but the scattered echoes of the underworld. – David E. Gehlke (Titaan Facebook) 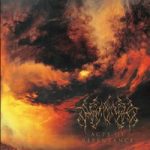 Wardaemonic – Acts of Repentance (Transcending Obscurity)
Australian black metal behemoths Wardaemonic re-emerges with Acts of Repentance, a fiery (the artworks speaks for itself) maelstrom of black metal that lunges at you, ready for the kill. Five tracks, or Acts, that offer chaotic yet consistent and convincing passages with just enough elements to keep one interested. Sure, in a genre that is saturated with similar sounding bands, this reviewer almost lumped the album among the pile of uninspired copycats. It wasn’t until the last two tracks, Sufferance and Repentance, that sufficiently salvaged the record from the abyss of ennui. Turns out that some ambient layers is all you need to break the monotony. Acts of Repentance is masterfully executed at best, and woefully indistinguishable at worst. – JE Batin (Wardaemonic on Facebook) 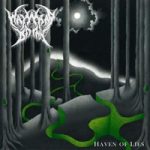 Wayward Dawn – Haven of Lies (Mighty Music)
Danish death metal upstarts Wayward Dawn return for their second album Haven of Lies, amidst some duty shuffles. Bassist Kasper Szupienko Petersen and guitarist Rasmus Johansen now share the vocal duties – expanding the quartet’s range in terms of growls and screams. Outside of that, this is a pretty heads-down HM-2 driven affair, combining the feel of old school European death (Entombed, Grave) with a bit of the Florida finesse (Obituary, Malevolent Creation). It’s hard not to feel the crushing rhythms and groovy twists for “Upheaval of Earth”, or the semi-tremolo, tribal-like stomp for “Abhorrent Ignorance” – the intensity and blasting for the latter trading off against the main hooks and thick screams and growls. And the reality versus harsh situation of most of the lyrics is rather prophetic during the current pandemic. HM-2 driven death with groove and speed shifts, Wayward Dawn deserve attention for maintaining that heaviness/hook balance. – Matt Coe (Wayward Dawn on Facebook)