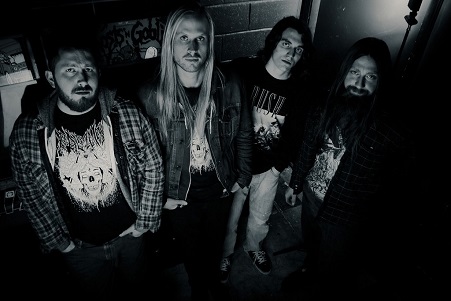 Worthy of the term “buzzworthy,” Vancouver’s Anciients are currently one of the bands that has the metal and hard rock press up in arms with praise. While Dead Rhetoric doesn’t fully have the pulse as to why this is, we can only surmise it’s because of the band’s accessible take on the oft-copied Mastodon sound. And possibly because people like the double “I” in their name. Regardless, the opportunities made available to the band – an opening slot on Lamb of God’s summer tour; same for Death to All – are being taken advantage of in full because of their Heart of Oaks (Season of Mist) debut.

“It is very exciting to us,” begins guitarist/vocalist Kenny Cook. “At this stage we feel we can still kind of do whatever makes us stoked and not set any boundaries for ourselves. It’s a silly thing to try and recreate something you’ve already done or live up to the hype. I think music flows more naturally when the only person/people you are trying to impress is yourself .So I think we will always live by that motto and just keep doing what we love and if others enjoy it also than that is a major bonus.”

Surely the Vancouver four-piece (who are rounded out by guitarist/vocalist Chris Dyck, bassist Aaron “Boon” Gustafson, and drummer Mike Hannay) are prepared for what should be a rigorous year of touring, coupled with low income and long drives, eh?

“We are prepared to tour the piss out of this record, and are very lucky to have a super supportive family that allows us to follow our dreams of making music and hitting the road to play it for the fans,” enthuses Cook. “Financially, it can be a bummer sometimes trying to afford to go out and tour but that’s not what it is about for us, we just love to play the tunes for people and are stoked we have the opportunity to do so.”

Recorded over the span of 2012, Heart of Oaks allowed Anciients to convert the experiences gained in their former act, SpreadEagle, to their vision of what their sound should be.

“We learned quite a bit from playing in SpreadEagle,” lends Cook. “It taught us in many ways how to perform live, but the most important thing we took from that band was how to be a band and treat it more like a bond between friends. It also taught us a lot about when and when not to party our faces off, as we used to have quite the time when we played and toured. I think this go-round the music is the most important thing to us and playing the material well in a live setting is a must.”

According to Cook, the band never had a set agenda when formulating the Anciients sound. Rather, riffs started to flow, arrangements started to form, and at the end of the tunnel, Heart of Oak was born. “We had never really sat down and discussed a genre we would like to fit in or a certain style we would like to play. Near the end of SpreadEagle I had a whole bunch of different sounding riffs happening at home that I had been working on for quite some time, and when the band dismantled the majority of us just started working on that material instead. That’s how we got our start in this band. From there, it just grew in to something we really enjoyed playing and the kind of songs that made us feel like we had accomplished something once we nailed it down.”

The Heart of Oak title came from a period of personal trials and tribulation for Cook and Dyck. During the recording process, Dyck’s stepmother became stricken with cancer, prompting multiple long drives back and forth to the hospital. Combine the family issues and the pressure of recording the album, then Heart of Oak takes on deep meaning for the band.

“Chris and myself were going through some pretty harsh times during the recording process, admits Cook. “So when we decided on the title it seemed very fitting. I’m sure it will always strike a heavy chord within us whenever we think about what it means to us the emotion surrounding the making of this record.”

Wrapping up, we had to ask: What’s the deal with the “Smoking the Hashes of the Pharaohs” tag on Anciients’ website?

“Well, ancient Egypt is very interesting to us, and we also enjoy the finest of hashes, so it seemed fitting,” laughs Cook. “I don’t think anyone would have better hashes than the pharaohs.” 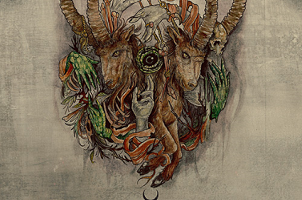 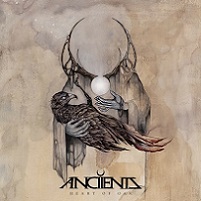