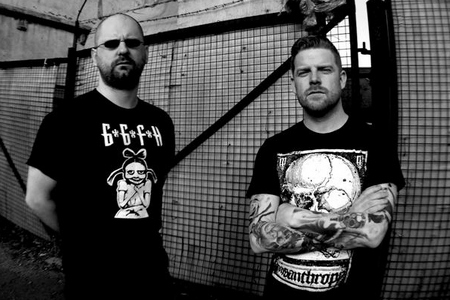 Some bands end up carrying a certain level of stigma with them. To an outsider, the whirlwind of chaos that encapsulates the sound of Anaal Nathrakh may sound like noise for noise’s sake on occasion. Driving industrial-laden rhythms, blistering drums, frantic guitar riffs, and near-psychotic vocal phrasing describe a picture of madness. Yet the stark contrast of soaring, almost operatic clean vocals and subtle melodies serves to command your attention that there is something more going on here. And it’s not just at the surface level.

Anaal Nathrakh has been a very intellectual band underneath it all. Their albums go into heady, thought-provoking themes and utilize a number of different academic and literary influences. The most recent effort, Desideratum, is no different. The band doesn’t publish lyrics, so really the only way to get some solid answers is from the man himself, vocalist Dave Hunt (V.I.T.R.I.O.L.). We were able to have a short chat during this writer’s lunch period at school to discuss the finer points of these influences on Desideratum, the nature of the band, and even some of the online backlash that appeared when the band announced their signing to Metal Blade. Also included are some links to the content which Dave discussed, in case there is an interest to check some of these things out for yourself.

Dead Rhetoric: Anaal Nathrakh always manages to pick song titles that stick out. With Desideratum, I’m sure I’m not the only one that had to look up what that term meant. What was it about the album that made you choose that title?

Dave Hunt: You are probably not alone, yes. Initially I picked it for a few reasons. I find myself using the word, and to be honest, I didn’t even know that I knew what the word meant. I used in an argument I was having with somebody and it kinda stuck in my mind. It’s a few things really, when I was a little kid my mom had a copy of a quite famous poem called Desiderata on the wall; it’s a little bit trite and a bit religious but aside from that, it has a great sense of charm about it. Thinking about what the word desideratum means; something that you want, I think that sense of calm I got from that when I was a kid and my mom got from that, I don’t think it’s possible to have it anymore as an adult. It’s kind of a regretful thing in a way, but also a statement of how things are now, thinking of it in those terms.

There’s other things; it’s been suggested that the word comes from a prefix [de] which means “down” or something along those lines, and [sideri] which means “star.” So to desire something is to want to bring down a star, and to me that sounds quite evocative. It can mean obliteration to get what you want, depending on what it is you want. I think a lot of society nowadays is about the manipulation of desires; the media and politics and all that kind of stuff, are pushing people to desire certain things and not desire certain other things. To desire the wrong things, I think there’s a lot in the world that revolves around that. There’s a lot of very negative stuff that interweaves with the concept of desire and while it’s not a concept album, quite a lot of the stuff on the album links in with those kind of things, so as a title, it doesn’t necessarily sum up, but at least captures some of what is going on.

Dead Rhetoric: It seems that the industrial elements have really jumped out and increased over the past few albums. Is this just a matter of progressing naturally or something that you purposely tried to do?

Hunt: It’s definitely the former. We’ve never really purposely tried to do anything. We don’t plan; we go by gut feelings and what feels right. So yeah, there probably is a bit more on this album. We’ve always had bits and pieces of that kind of stuff, but in this case, we did actually work with a guy who makes electronic music himself, called Gore Tech, and he’s got a background in metal. He knew who we were and he was a fan of the band and we got him to supply some electronic stuff [for Desideratum] and we picked it apart and found the best things we liked and worked it into the songs. Yeah, it’s probably taken up a notch, but we are very conscious of wanting everything to sound like a cohesive whole. It’s not like we have electronic bits tacked on; we haven’t radically changed the way things we do things. We’ve stirred it into the mix so it seems like it belongs there.

Dead Rhetoric: Along those lines, Anaal Nathrakh has their own sound. Do you feel that the band’s sound requires a certain level of rawness to it in order to be successful?

Hunt: I’m not sure about that. We do everything by gut instinct. We aren’t really conscious of whether or not anyone sounds like us. I’m not really aware of anyone that does. It’s whatever that feels right, that dictates everything. If you think about how to go about things too much, you lose a lot of spontaneity. We strive to keep a lot of that spontaneous feel with everything. I think it comes through to the listener; if there’s an organic flow it will come across as more vital and more immediate so we try to keep it that way and avoid analyzing it too much.

Dead Rhetoric: You’ve mentioned contrast in the past. Do you think that your sound, in terms of melody and aggression encompasses that?

Hunt: Yeah, that’s what we would hope to do. I do think we notice contrast more than we notice absolutes. It’s just part of what humans are like; it’s how we experience the world. I think that if music has contrast, it will feel more memorable and more alive. That’s why we are happy to use pretty much anything. We’ll use anything from anywhere, we like the sounds themselves; we don’t care about genres and kinds of music. If it gets the point across, then it’s okay; we’ll happily use anything that feels right to use and that will result in contrasts and variations. If you put two things together that aren’t the same, it highlights the differences and keeps things more interesting than it would be otherwise. I think contrast is a very important part of music in general, certainly it is for us.

Dead Rhetoric: Your music is also very visceral. Does it also bring a bit of catharsis, from an equally angry world?

Hunt: Yes and no. If you get something that helps you, that calms you down, that makes you feel cleaner after bathing in shit, then that’s catharsis. But the likelihood is that you are going to get some shit on you [laughs]. Yeah, in some ways it is catharsis, but it might not be the healthiest thing; you might be better off just trying to avoid all this crap. It’s part of who we are in the first place. It’s part of my personality, this rage stuff is all in the background somewhere so to be able to express it through music, maybe it is a bit cathartic. But better than that, it’s about recognizing it and acknowledging it. I think that’s what a lot of people get out of listening, not just to us, but music in general. Not necessarily to cleanse themselves of something, but that certain types of music can recognize something that’s in them. That process can maybe bring you a bit of peace or security in your identity. I don’t know how to put my finger on what exactly it does, but it’s that recognition that I think is doing the work there. 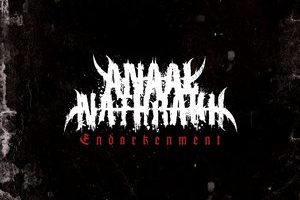 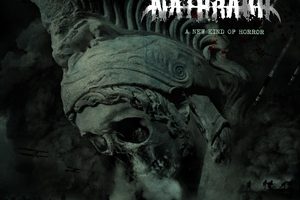 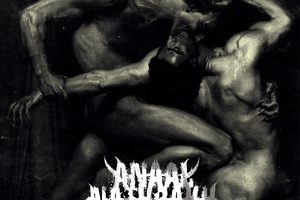