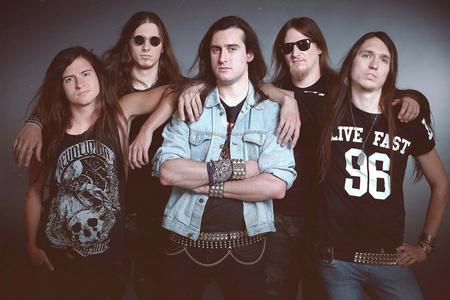 Dead Rhetoric: Are you worried about the commercial aspects of a song like “Closer than Yesterday” alienating some of the long time Alpha Tiger fans, as it is definitely more of an arena rock sounding arrangement?

Langforth: Yes, but I really like this kind of music. I don’t think it’s too poppy because we added some heavier progressive elements and to me it sounds more like something from the 1970’s instead of a classic radio pop song. I didn’t want the song to be too cheesy. The lyrics are about my situation today, as I have a side job working in a paper mill. I see all these people who work for 30 years or more in a factory and don’t know lives outside of the factory. It’s very sad for me to see this, so the song is about realizing your dreams, an important message for me to bring out in this song.

Dead Rhetoric: Where do you see the major differences between recording and performing live? Do you have a preference or does each excite you equally?

Langforth: I guess I prefer to play live, there’s so much more energy than in the studio. Especially when you think about the way to record- you have to sit on a chair, with headphones, listening to a click track in your ear and play as tight as possible. That isn’t rock and roll for me- I prefer to play with the band, make some noise, and hear screaming fans in front of you. It’s very hard to reproduce this vibe in a studio environment. In the studio you can take your time and do some cool experiments and try something out that you never thought you would do- like using organ parts, that’s the good side of the studio. As a result you can end up creating more of your own sound.

Dead Rhetoric: Former Noise Records president Karl Walterbach is your manager. What types of insight and education has he been able to provide Alpha Tiger that has advanced your career so much quicker, and even ideas that you would never have taken into consideration as artists?

Langforth: Karl is very important for us, he discovered us in 2010 from a homemade EP. He saw potential in us, he compared us with the old Helloween. He invited us to come to Berlin and record in his studio, he offered to do a record for us. This was the first step into his personality, he joined as our manager and he has made all the contracts for us. He’s talked with the labels, it’s very important to have a strong manager like Karl because he is able to talk to people on a different level than myself or the rest of the band as far as booking agents and record company people.

Dead Rhetoric: How important is social media to the development of Alpha Tiger, and how much of an effort do you make consistently to interact and have face to face contact with your fans?

Langforth: It became very important. I prefer to do things in an ‘analog’ style, that means going out and meeting people face to face because all this Facebook stuff is impersonal for me. It is 2015 so we have to adapt to all this new technology. You have to work with the fans and do the best for this.

Dead Rhetoric: Will there be any chance of seeing Alpha Tiger on a North American tour, or possibly some fly in dates for major cities? What needs to occur to get the band over here?

Langforth: Our biggest goal is to play in America one day but it’s very expensive. We have to find a promoter in the USA who is able to realize this. We know that there isn’t much money to earn at first on this tour, but that’s not the important point. We just want to play in other parts of the world, I really hope that iDentity is a step forward to help us realize this goal someday.

Dead Rhetoric: Where do you see the state of the heavy metal scene these days? Would you say that Germany is still the major market, especially in terms of your style of traditional/power metal?

Langforth: Definitely Germany is a very important territory for us, it’s also hard to be a German band within this huge scene because German fans believe that bands from the USA or Canada are popular, Sweden as well. Bands like Enforcer and Skull Fist are very popular in Germany, because they have this extra touch that we don’t have because we are a German band in Germany. We are in the middle of all this stuff because we have a lot of festivals and tours, and that’s great for us to get onto because we are right in the middle of it. That’s the good side of it.

Dead Rhetoric: You’ve been able to play a lot of festivals both small and large in your career (Keep It True, Wacken Open Air, Metal Days, Hard Rock Hell), if you had the chance to put together your ultimate 6-10 band festival, who would be on it? It can be any band alive or deceased….

Langforth: Okay… tough question. I really would like to play with our friends from Tankard, maybe you know this band? It’s the biggest German thrash metal band from the 1980’s, I’m close friends with the guys and they bring so many fans together, it would be a great time. Another band would be Riot, a strong power metal band from New York. We played together last year at the Metal Days festival in Slovinia, and we became friends. Headliner… I would like to see Bruce Springsteen, that would be a big dream to see him live. Or maybe Peter Gabriel, it’s not really heavy metal I know but I love this stuff.

Dead Rhetoric: Where do you see your role as a guitar player and songwriter? How do you balance being technical with also writing material that has proper emotions and feelings behind it?

Langforth: I am not a big guitar virtuoso. I am lazy in the matter of my skills or rehearsing but I try to be a good songwriter. It’s more important for me to write a good song, a good vocal line, instead of technical skills. We want to have some progressive elements in our songs, so you have to have some skills. It’s more important to put feelings into the songs. When I use a thrash beat it’s not about the speed of things but more about the feeling behind it.

Dead Rhetoric: What does the next year look like for Alpha Tiger as far as touring and promotional activities?

Langforth: We hope that people like the new record and it will open doors for us. At the moment we are planning our record release show, most of them are in Germany and we invited some bands that we’ve known for a long time to play with us when we started doing music. We grew together and it was important for me to bring them on stage with us, bands like Stallion and Evil Invaders, because we are close friends. I want to show solidarity and have a good metal package. The pre-sales of the shows are very good, when we are done with these shows we are searching for a big act that we can support on tour across Europe. Maybe more than this, and the summer-time we will play a lot of festivals across Europe. I would also like to play North America and South America also. 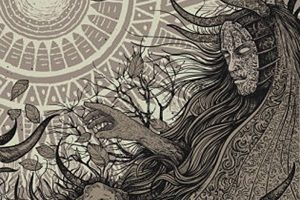 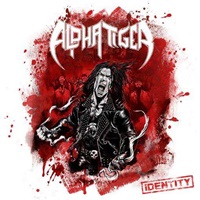 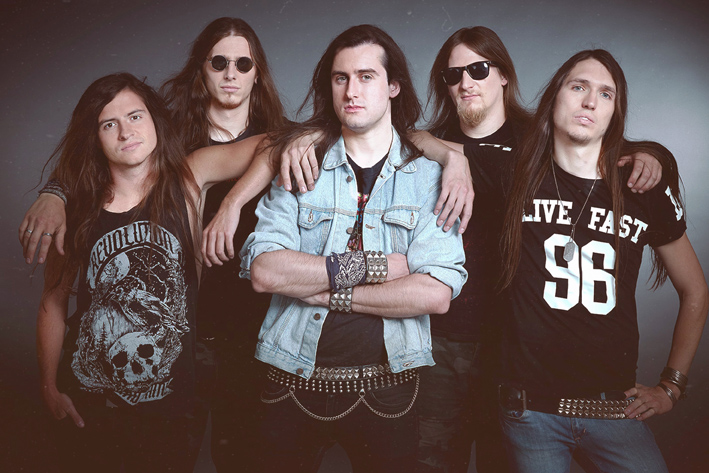 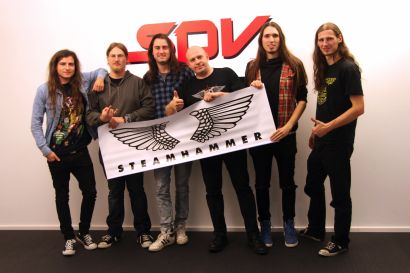