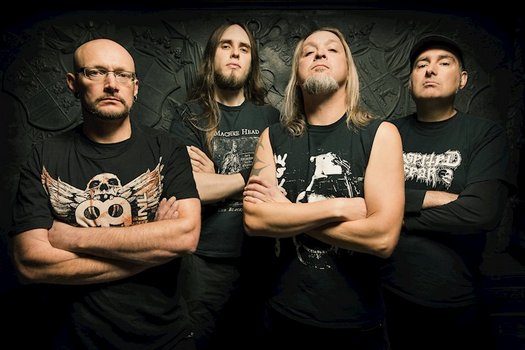 German thrash has similar pockets of acts that broke through the big time (Destruction, Kreator, Sodom) and the undercurrent who plugged away even when the genre may have fallen by the wayside. Consider Accuser in the latter category – starting in 1986, plugging away with a series of albums that were slightly technical in their stance throughout the 80’s and 90’s before transforming in 2004 to a newer, slightly groovier style as Scartribe. By 2008, Accuser would be back – guitarist/vocalist Frank Thoms the remaining constant, assembling a new crew of musicians and releasing product on a fairly steady one to two-year clip.

Gaining a bigger boost in profile since signing with Metal Blade who released The Forlorn Divide in 2016, the quartet now issue their 11th studio record in The Mastery. These days the group appear to temper their technical thrash past with a bit more groove and even death influences – taking aspects of Megadeth, Exodus, and Heathen headlong into Sepultura for comparisons sake. Very riffy, very crunchy, very energetic – with surprising twists and turns for transitions, build ups, and overall punch. They prefer to stir the pot and fly a bit on their own path, if you will – which assuredly develops a contingent of fans appreciative of those differences.

The latest member of the group, guitarist Dennis Rybakowski enjoys the new blood status he has within Accuser. In this quick discussion we get down to the heart of his roots, his outlook on his work for The Mastery, his views on live versus studio output, and a bit of discussion on the German metal scene and thrash in general.

Dead Rhetoric: What can you tell us about your background as a guitar player growing up before joining Accuser in 2013?

Dennis Rybakowski: I started back in 2005. Oddly enough, I exclusively played thrash metal from the beginning. But over the years I’ve dabbled in a few other things- more jazzy stuff or more progressive stuff. Then in 2013 I got the opportunity to join Accuser and being a huge influence on me when I started to play the guitar, I took the chance and the rest is history.

Dead Rhetoric: You originally took guitar lessons from Accuser guitarist Frank Thoms prior to stepping in for Uwe Schmidt, who left the band due to health-related reasons. Where do you see the difference in your lead guitar abilities in comparison to previous members René Schütz and Uwe Schmidt?

Rybakowski: René had a very distinct style and he also helped shape the Accuser sound for many years. I kind of took a few things from his playing into my own playing when playing with Accuser. Uwe didn’t really play many leads but also was inspired by René so I base my playing around René’s when playing the old stuff. With the new stuff I try to put my own spin on things.

Dead Rhetoric: Being the newest member, do you believe you offer Accuser not only a fresh perspective on the style that’s been established, but a new sense of current energy and outlook?

Rybakowski: I would hope so. They are a bit older than myself. It’s been interesting because you have these veterans of thrash metal, and then myself as the youngest member. It’s interesting, the energy, but it also helps shape the last album and now the upcoming one.

Dead Rhetoric: The Mastery is the newest album, and your second with the band. How were the writing and recording sessions for this effort, and did you feel more comfortable this time around establishing what you wanted to achieve and having more of a say in the material?

Rybakowski: The Mastery came to be, or was written within a very short time period. It’s completely the opposite of the previous album The Forlorn Divide, where we took our time and wrote the whole thing over almost a year. So, in a way it’s been a very, very different process because we let everything happen so quickly. Immediately when we were done writing we hit the studio and recorded everything. Many things were finalized within the studio- whereas with the previous album we had most things planned out already.

With the lead stuff, because it’s mostly my input to the upcoming album, I tried to really push the envelope and improve upon what has been established with the previous record. I really went in and tried to challenge myself and play the most interesting stuff I could come up with.

Dead Rhetoric: What can you tell us regarding the cover art for The Mastery? Is it a collaborative process between the band and the artist, or do you give them the freedom to develop a concept based on their own vision of your music/lyrics?

Rybakowski: The concept for the artwork always comes from us first as a band. We try to think of good artwork that would reflect the themes of the album. We brainstorm and form ideas beforehand, and then we hand things off to our artist. She (Verena Achenbach) then tries to really refine our ideas and really come up with something that would look great on the idea. I think she succeeded, but the whole process is very iterative. She will show us a version, the band gives her feedback, and then she will modify and change things around. The finished artwork is the result of many iterations.

Dead Rhetoric: The sound of the band has evolved through the decades – these days you seem to embrace a mix of groove, thrash, and even death-oriented aspects to your sound. What key qualities shape the songwriting and intricacies for Accuser?

Rybakowski: Of course, the biggest influence on us is the Bay Area thrash scene from the 1980’s. We take most of our inspirations from that era and that area. Over the years, Accuser has established its own little quirks and little hallmarks. We try to come up with things that sound cool to us and really go from there. At the same time, we try to bring something new to the table for every new record.

Dead Rhetoric: Where do you see the major differences between the studio and the stage for the band? And do you prefer one over the other, or are both equally exciting for you?

Rybakowski: For me personally, both situations are equally as satisfying as an artist. In the studio you obviously have the time to experiment and try new things, really perfect the ideas that you set out to put on the record. In the live situation, everything happens in the moment. That’s also where you get the most energy from the crowd, because they are reacting to the music and you can react to the crowd. Both of those things have their really great aspects, so I really enjoy both equally.

Dead Rhetoric: How do you feel Metal Blade has been for Accuser now that you’ve been with the label for a couple of records? Is it still important in the current era to have proper label representation?

Rybakowski: Joining Metal Blade was a huge step for us, personally. It was our dream label to be a part of. To get the opportunity to actually join this label was great. I really believe Metal Blade has helped us out a great deal. They handle most of the promotion worldwide, and that’s something we as a small band could not accomplish on our own. They help us in that way, and they are also very great people to work with. It’s a huge benefit for us.

Labels like these are a boon for the band – even though in today’s world, you could theoretically promote everything on your own, it ends up being that much harder.

Dead Rhetoric: Are you comfortable with the status and level of success/respect Accuser has attained – or are you always striving to achieve more this deep into the band’s career?

Rybakowski: I’d be lying if I said that we are completely satisfied with the status quo. Getting a few more shows or playing bigger shows would be awesome of course, but it’s not something that we want to achieve regardless of everything else. We are very grateful for the position that we are in currently, we are always trying to improve and get the music out to even more people.

Dead Rhetoric: How do you feel about where you stand within your own local scene in Germany, in comparison to a lot of bands in your country?

Rybakowski: Our local status is pretty interesting, because Accuser has been around for such a long time. When we play shows around our hometown, you always see the same people, but you also see new people that want to check out the sound and see what Accuser is all about. They’ve heard so much about the band over the years, so it’s always a great time for us in our hometown. In and around Germany, our band isn’t that established – but there are a couple of people at every show that tell us they’ve been into Accuser for a few decades, and always like to see us play live.

Dead Rhetoric: When it comes to a set list, is it a challenge because of the big discography you have?

Rybakowski: It depends on the amount of time we have for the show at hand. When we know how much time we have to play a set, it’s kind of a puzzle to figure out how to incorporate what songs to play. We are conscious of the old songs, but we also want to present as many new songs as possible. We want a perfect mix of both eras of Accuser.

Dead Rhetoric: What is your feeling about technique versus feel when it comes to guitar playing in metal? Are there times where you have to dial things back if a specific lead part may be too over the edge or not fit the needs of the song?

Rybakowski: Absolutely. The most important thing is to play something that benefits the song. What actually accomplishes this is then related to technique. If you play something that is a bit slower and maybe a bit more melodic, you are going for the more feel-oriented things. At the same time if you want to escalate and really drive home a fast part, you will incorporate a more technical style of playing with faster leads.

Dead Rhetoric: Where do your preferences lie within the thrash metal scene? Do you have affinity for the originators as well as the newer breed of acts in the genre?

Rybakowski: I don’t believe in the idea that the originators of thrash are the only ones that are still relevant today. I still enjoy many of the new bands- Havok is a great band for example that I’m currently listening to a lot. All the classics – Metallica with Master of Puppets, Megadeth with Rust in Peace, Slayer – Reign in Blood, all these great bands and albums I still listen to today, and I still get inspired by.

Dead Rhetoric: What’s on the horizon for Accuser during 2018 to support The Mastery? Are you hoping to hit new territories that you’ve yet to play as a band?

Rybakowski: Yes, we are currently in the planning phases for the shows in the upcoming year. We don’t have that much stuff locked down yet- but there is a lot of stuff in the works. We are hoping to hit as many countries and cities as possible. Maybe we can play overseas as well. 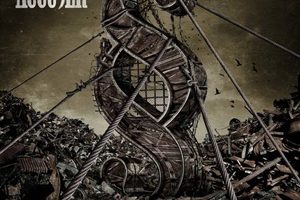 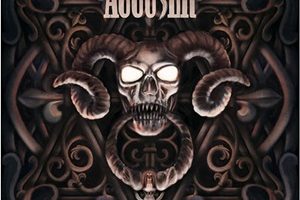 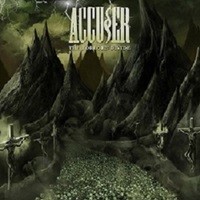 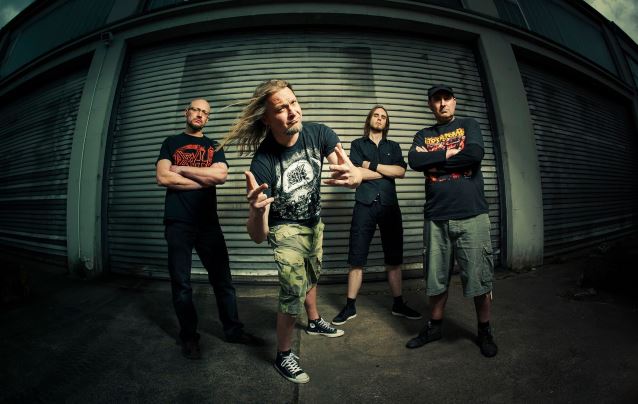