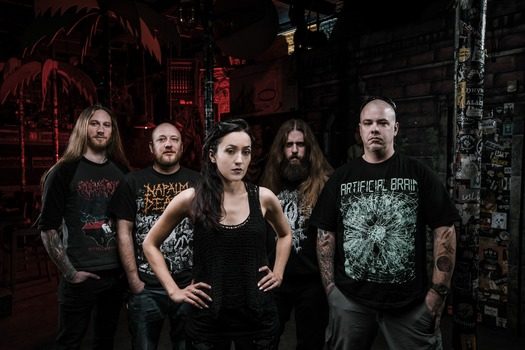 Truly, if there’s one word that sums up the death metal of Abnormality, it’s intensity. There’s something special to the band’s attack. It’s something that jumps right up in your face. From the grandiose riffs to the scathing guttural vocals – it’s enough to take your breath away. The band is set to release their third album (and second for Metal Blade) this month, entitled Sociopathic Constructs, and it delivers just the sort of bludgeoning you’d expect from the nearly 15-year old act. It’s frenetic, it’s occasionally intricate and melodic, and it will knock you over if you get in its way. To give us some more detailed information, we chatted with vocalist Mallika Sundaramurthy to see how the band’s extended touring experiences made their way into the album, as well as her thoughts on the lasting appeal of death metal and sisterhood within the scene.

Dead Rhetoric: You did some larger scale touring following Mechanisms of Omniscience. Did that factor into the songwriting of Sociopathic Constructs?

Mallika Sundaramurthy: I don’t think so – we aren’t really thinking about touring when we are writing. We are more just thinking about writing the best and heaviest songs that we can. But we do write it with the intention of playing it live, of course. All of the touring we did totally inspired the music somehow – all of the bands that we played with and the experience of it. It gave us the motivation and energy to go into the studio.

Dead Rhetoric: What did you take away from the touring that you did, not so much in terms of writing, but more as a band?

Sundaramurthy: The more we toured the more experienced we got, especially at this bigger level. We learned how to work as a team better. We learned how to work larger crowds – we’ve been touring for a long time and playing shows, and the band has been together for 15 years, but it’s a different kind of show when you are playing big arenas. To keep the attention of a bigger crowd, you need to put on a bigger show: more energy and things like that. It’s different, but it’s been really fun and exciting. The challenges and learning curve it was keeps it interesting. Getting to try bigger and better things keeps it interesting as well. It doesn’t feel like we are doing the same thing over and over again.

Dead Rhetoric: How else would you say that the band has progressed in the last three years?

Sundaramurthy: We had a new guitarist, Sam [Kirsch], who joined us shortly before Mechanisms. He was new when we recorded the album, and we went out on the road with him – it was all pretty new so it took some time for us to get comfortable with each other. This time around, it was much smoother writing with Sam. We were more comfortable with our writing styles. I think we gelled more as a unit so the writing was quicker this time. I think we just wanted to step things up more this time around. To bring more aggression and bring the level up, if that makes sense [laughs].

Dead Rhetoric: What can you say of the lyrical approach that you take – what are some of the concepts this time around?

Sundaramurthy: The first track is a sequel to a song from Contaminating the Hive Mind, “Monarch Omega,” called “Monarch Alpha.” It was fun to do that sequel. The original song is about a mind-controlled assassin from the MK-Ultra program. It’s a conspiracy, but it’s actually a declassified CIA program. We took it into a fictional story about this assassin, inspired by things like Jason Bourne and The Manchurian Candidate along with research we have done about the secret CIA program. “A Catastrophic and Catalyzing Event” was about 9/11. It’s about our theories of what really happened, some of us [laughs]. We all have different opinions and don’t really believe the official story of what happened. But either way, it was a terrible tragedy and it really changed America in a huge way. It had an impact on all of us personally.

“Curbstomp” is about a victim of pedophilia getting revenge on their attacker/terrorizer. We made a music video for that one. It wasn’t explicitly written in the lyrics about being about the Catholic Church, but we made it in the video to look more like that. It’s our stance and commentary about the sick, underground. There’s a large number of cases of it, not just in the Church, but in America. Its about how it affects the victim all through their life – the anger the victims must feel. So those are three examples of different lyric topics in the album. We put a lot of thought into the lyrical topics.

Dead Rhetoric: What do you feel is most important when it comes to making an Abnormality song? What traits identify it as Abnormality?

Sundaramurthy: I think my vocals are pretty identifiable – the guttural growling. It’s aggressive both musically and vocally. There’s moments of intensity, and slower and more melodic parts and atmosphere. There’s some slow building up to epic moments. Not every song is the same, so it’s hard to say, but our focus is to write for the song – to make the best song we can. We try not to copy a format, and we aren’t afraid of experimenting. I think the commonality is the brutality, but also some softer moments, [laughs] if you can say if’s softer when its heavy music, but interesting melodies and dissonant/epic riffs with intense moments. There’s a lot of aggression throughout, even if it’s not at every moment, we have a lot of aggression in our music.

Dead Rhetoric: There’s usually a more abstract feel to the cover art of Abnormality albums – what were you going for with Sociopathic Constructs?

Sundaramurthy: I did the album art, and it’s abstract on purpose. Someone can read into it and get their own take away from it. I was trying to capture the meaning of the album and the songs, and keeping in mind the album title and overall concept. There’s a feeling of being caught in this web of other people’s control. A feeling of being watched – those kind of feelings. Jay [Blaisdell] came up with the title of Sociopathic Constructs, and it’s related to a lot of different topics. But how we feel that a lot of the people in power in the world are sociopaths who don’t have empathy for a lot of the people in the world. People that are drawn to power are often sociopathic [laughs]. Politicians, or people behind politicians and shadow governments – so it’s about all of the conspiracies that we think about and the feeling of being in a society that is heavily controlled. The media is heavily controlled, and public opinion is manufactured. You know the NSA’s recording and watching everybody, and how do you feel about that.

Dead Rhetoric: On a bit of a lighter note, what’s your experience with sisterhood in the extreme metal community? I know you have Castrator, but I was more curious about your thoughts in general.

Sundaramurthy: It’s a pretty broad question, but I think my relationships with other women in the metal scene are very important to me. It would be a very lonely place without other women in the scene, and I’m glad to know that there are other kick ass women out there doing their thing, and I can call them friends and share the stage with some other amazing women. It’s just like the guys – they form bonds on tour, but it’s a little different. Guys often treat me differently, so with girls, there’s an automatic [bond]. I wish there were more women in the death metal scene. But there are more and more every day though.

Dead Rhetoric: Along those lines, was that related to how you got Chaney Crabb to guest on “Penance?”

Sundaramurthy: I asked Chaney to do some guest vocals on “Penance” because I respect her as a musician in the scene and I really like her vocals. We don’t often have guest vocalists, but I wanted one for this album. There’s not much more too it, other than I thought it would be cool to have another vocalist on that song.

Dead Rhetoric: What do you feel is the long-lasting appeal of death metal? What’s enabled it to stick around?

Sundaramurthy: I think the purity of the music. It’s not something you can fake. It takes years for you to get to the skill level to play this type of music, so it draws the most dedicated and passionate musicians, who stick with it for years and years. It’s the passion of the fans and the bands that keep it going – the power of the underground. The fans really keep things going, because it’s definitely not money [laughs], it’s not a mainstream and marketable genre.

Dead Rhetoric: What is next for the band following the release of Sociopathic Constructs?

Sundaramurthy: We are doing a European tour in July, including Obscene Extreme [Fest], which I’m pretty excited about. There’s another festival in Spain as part of the tour. It’s about two weeks overall. After that, we are not sure. We were thinking about some dates in the US, but we haven’t booked anything yet. 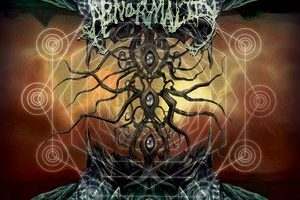 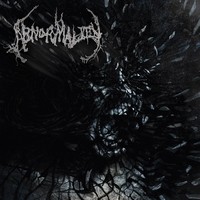