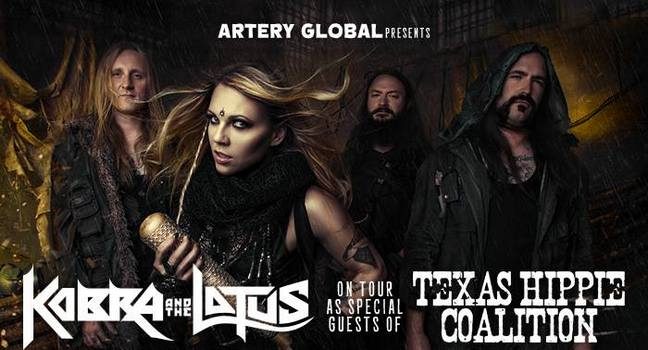 Back from round two of heavy shows at Alchemy, this would lean more towards the heavier rock, groove, and melodic metal side of things for a Monday night. It’s always a challenge to be successful on a touring schedule when you need to play early weeknight shows in drawing audiences that also have to balance that work/life responsibility and see your favorite bands. The bill original included two local acts that bowed out before the start of the evening, making for a quicker night for the national package. Even though the numbers were smaller (by this scribe’s estimate, probably a max 70 patrons by the headlining set for Texas Hippie Coalition), there was no denying the energy and excitement from both the musicians and the attendees from start to finish – a true testament to the ‘quality versus quantity’ debate when it comes to live shows.

Upstate New York band Granny4Barrel opened the night with a 25-minute set full of shock hard rock tactics, insane imagery, and solid musicianship. The surrogate Granny (clearly off her rocker which she brought on stage) had the look as well as the stories, delivering her material with pizzazz. The four-piece contains a killer violinist, a guitarist who looks like he came straight out of butcher school, and a solid drummer to hold the package together. Imagine the best mix of Alice Cooper, Marilyn Manson, Rob Zombie, and bit of the Charlie Daniels Band and that gives you a hint as to what to expect. Perplexed looks at first became fervent cheers by the conclusion – the violinist interjecting everything from “Eruption” by Van Halen and Beethoven’s 5th into his active lead break duties. Definitely a group that make an impression from the stage, standing out in a scene that is looking for fresh blood. New York City’s Brand of Julez delivered a decent set of modern melodic hard rock – bringing to mind Alice in Chains, Black Label Society, and their off shoots. Peppering a set of originals with a AIC cover “Die Young”, it’s clear that their sound falls in line with how modern rock radio changed from the 90’s to today.

Just before 8 pm the group this scribe was most looking forward to seeing, Kobra and the Lotus hit the stage determined to win over the audience with their brand of melodic hard rock/metal. Primed to attack, their setlist consisted of a mixture of their latest Prevail albums. Vocalist Kobra Paige uses the middle elevated platform to a tee, encouraging incessant head banging and hair windmills as she hits those multi-octave melodies with the greatest of ease. Highlights of their 50-minute performance include “Trigger Pulse”, the moving ballad “Light Me Up” (featuring extended instrumental work from guitarists Jasio Kulakowski and Ronny Gutierrez), “Let Me Love You”, the propulsive anthem “You Don’t Know”, and closing cover of Fleetwood Mac’s “The Chain”. Setting themselves up for future headlining runs, the quartet are certainly one of the best young bands in the melodic metal scene currently – and played Alchemy as if it was packed to the rafters.

Texas Hippie Coalition possess the right attitude and strength in their hour-long headline performance to go down a storm for those who love that Southern style, heavy/groove metal combination. You’ll get lots of stories relating to weed, whiskey, and womanizing – and a musical backdrop that is equally dripping in staccato-laden rhythms and hooks with shout-a-long choruses. “El Diablo Rojo”, “Hands Up”, and “Turn It Up” went down a storm – although each band member taking a solo break seemed a tad excessive when another song or two could have been played. The small crowd didn’t seem to mind – dancing and singing along for all that it was worth. Big Dad Ritch with his red/grey beard, cowboy hat, sunglasses, and all black-stage attire embodies that Texas bad ass spirit that will never die, and his masterful, soft-spoken escapade stories added the cherry topping to the evening’s proceedings. 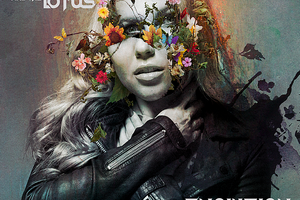 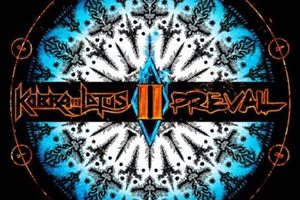