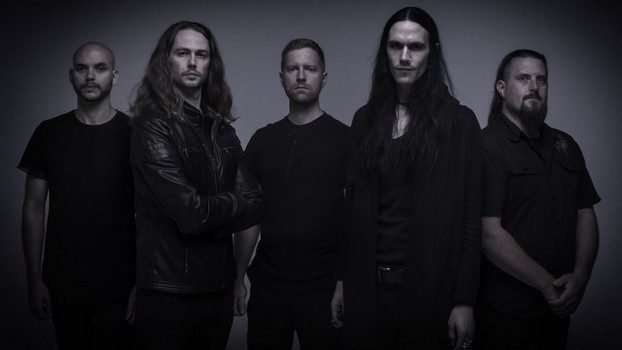 Always interesting to hit up a new venue in NYC. In more frequent trips within the last two years, I’ve been able to get to a number of different spots, and this time (le) poisson rouge was up, hosting a Thanksgiving Eve showing of the Australian progressive metal force Ne Obliviscaris on their first headlining run in support of their excellent new album Urn. Always excellent live act Allegaeon sealed the deal on making the trip south. Finally catching NYC’s own Winter Nights was the added ‘cherry on top’ so to speak.

With a pleasantly early start (for those of us with a 2.5 hour drive home later at least), Winter Nights began their set to a slowly filling venue. Having first covered the act’s 2014 full-length An Endless Apocalypse in our Bandcamp column, catching them live has been a long time coming. But good things come to those who wait, or so they say, and Winter Nights effectively set the bar for what was to come for the remainder of the evening. Plenty of energy surged through the band’s melodic death metal sound – a combo of Scandinavian flair and melodies coupled with some more homegrown US aggression. Guitarist/vocalist Jeremy Farfan and guitarist Efrain Farfan providing some quality stage interaction (with the former going so far as to leave the stage during a solo to get a shot from the bar). A good addition to the set, and the best compliment that could be given is that their performance didn’t feel like a ‘local’ act – it would be just as easy to assume they were the opening act on this bill as it traveled the country.

Allegaeon has continued to strengthen their live act over the years, and now, with more than a year passing since their fourth album, Proponent for Sentience, they feel more at the top of their game than ever. The bulk of their set consisted of the “Proponent” trilogy (“The Conception,” “The Algorithm,” and “The Extermination”), and it was a real treat to hear all three songs one after another – allowing the connections and flow to truly be heard. “The Extermination” was my favorite track of 2016, and the highlight of the set was vocalist Riley McShane completely nailing the clean vocal sections (done by Bjorn Strid of Soilwork on the album), though it shouldn’t surprise anyone who is versed in Son of Aurelius’ Under a Western Sun. Of course, the band’s amusing live antics were in full swing as well, with even new bassist Brandon Michael already seemingly quite comfortable within the group’s confines. Just the right amount of fun is blended with their technically inclined playing, and it’s a combination that many strive for but few can attain. It was during this time that the pit opened up quite a bit, no doubt due to the vicious riffing in the band’s formula, and closing out the set with older cuts “1.618” and “Behold (God I Am).”

Not having heard Ne Obliviscaris live before, they are a band that has been heavily buzzed for their performances. After this evening, it was clear to see why. Coming across much heavier on stage than on disc, the dynamics between their more abrasive and melodic sides seem more extreme and invigorating. A full 90-minute set awaited those inside – no breaks, no encores, no B.S. – just masterful playing on the stage. Even at 90-minutes, there was time for only 7 songs – a fan shouted for “10 more songs” upon the admission that there was only one more to be played, to which violinist/clean vocalist Tim Charles amusingly rebutted, “Do you know how long that would take?” A moment like that just seemed to add to the charm of the act, who could also dig into the emotive side, with a touching dedication to the band’s “Forget Not” occurring earlier in the evening. Another one of those bands that you can simply move from player to player and watch them perform – from violin to guitar solo to bass to drumming to Xenoyr’s vocals. Some incredible precision but also a band that can entertain, and have fun on stage together (smiles were always at hand). The feeling was infectious, as the crowd easily coaxed into shouting along, fists raised while a strong pit attacked the heavier sections of the band’s music, and occasionally burst into dancing during the more melodic. Impressive to see a band play with such enthusiasm, with such lengthy tracks that hold the audience’s attention throughout. Ne Obliviscaris has been making a name for themselves with good reason, and are a band not to be missed if they head through your area. 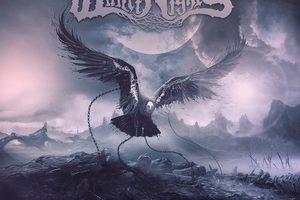