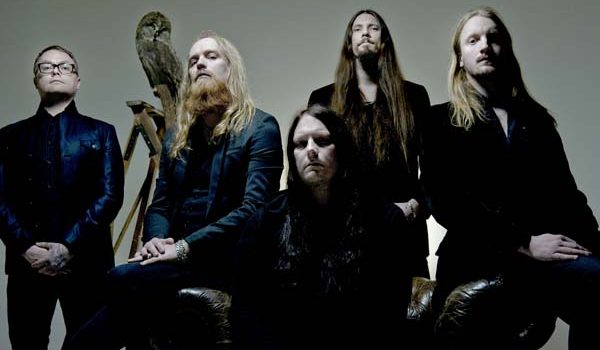 Katatonia last visited Pittsburgh in 2013, playing to a relatively tepid crowd. Perhaps it was because the show was on a weekday, but the not-so-impressive turnout led this scribe to believe the Swedes would pass by Pittsburgh altogether the next time they were to cross the pond. But, hand it to the band: their diligence usually pays off and in this particular instance, the cavernous Mr. Smalls was quite full. A welcome sight indeed.

Touring in support of last year’s The Fall of Hearts, Katatonia’s gradual ascent to headliner status in North America has been hard-earned, so much so that they don’t feel the need to bring a popular supporting act, preferring to take out youngsters Uncured and post-noise mongers Caspian. Fronted by the fresh-faced twin-brother duo of Zak and Rex Cox, Uncured traverse the familiar sphere of djent and progressive metal. The guttural vocals of the brothers belie their appearance and even their music, making one wonder if they’d be better suited with a gentler vocalist. Nonetheless, the band’s technical flair is of little dispute with the twins trading their fair-share of solo acrobatics.

To the untrained eye, Caspian look like the long-lost brothers of Cult of Luna. Quasi-frontman Philip Jamieson is a towering figure, even shaped like a Swede (haircut included), while his bandmates strike a familiar, “post”-appearance. However, Caspian’s light show pushes such things to the background, as their cinematic, certifiably loud brand of vocal-less post-metal was rather enthralling in the live setting. Their sound built from what looked like hundreds of guitar pedals and effects, Caspian are like a well-oiled machine in the live setting, thus explaining the rapturous response from the Pittsburgh throng.

Yours truly caught the previous night’s show in Cleveland, so no setlist surprises or anticipation was afoot for Katatonia. This being the first North American run with new drummer Daniel Moilanen and lead guitarist Roger Öjersson, there was, of course, a certain degree of interest to see how the two would handle the band’s catalog. Moilanen, in his barefoot glory, was rather solid, but it was Öjersson who really asserted himself. Tasked with a good chunk of the band’s lead guitar melodies, but also harmony vocals, Öjersson simply nailed all of his parts. His vocal blend with Jonas Renkse on “Criminals” and “Teargas” was quite melodious, while his vocal add-ons during “Evidence” breathe new life into one of the band’s best songs. Quite the find, this guy.

Relying heavily on The Fall of Hearts (five songs in all, each scattered about the set), Katatonia did manage to dip into Viva Emptiness and The Great Cold Distance, with the formidable “Soil’s Song” along with “My Twin” and “July” emerging as highlights. And while the band was somewhat tethered to their guitar pedal boards (such is life for an atmospheric metal band), the diversity, range and impact of Katatonia’s set demonstrated that no one does dark metal better than the long-running Swedes. 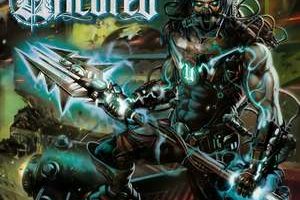